I, Luciano Pinna, resident of Amsterdam, The Netherlands, being of sound mind and under no constraint or undue influence, declare, as a free and voluntary act for the purposes expressed here, that I will try by any means to create a drawing upon my death.

ARTICLE I – THE DRAWING

The drawing must be of physical construct, 2 dimensional on a surface, with the visible image being defined by the release of a small amount of material onto it, or, by the extraction of sufficient material from it.

The drawing must be of minimal size, such as the image can be determined with the naked eye, by an observer from within the world of art, as being the sole residual of the act of drawing.

The drawing must be originated by the Artist without the help of any third person, either living or dead, conscious or subconscious.

The drawing must be made by unnatural cause and should not be created during dying, either by force of will, or by the motion of the Artist’s body, or any other object with which the body interacts with during said moment.

The Artist is considered dead upon irreversible cessation of all electrical activity in the whole brain. From that point onwards, the deceased is allowed to act out the will until such act occurs.

Presenting the drawing upon materialisation should always be accompanied by this statement. Until such moment occurs the statement must be presented as is, without any sensory suggestion to its possible location, or any other defining characterisation.

All of which is attested to this 12th day of February 2014, Amsterdam, The Netherlands. 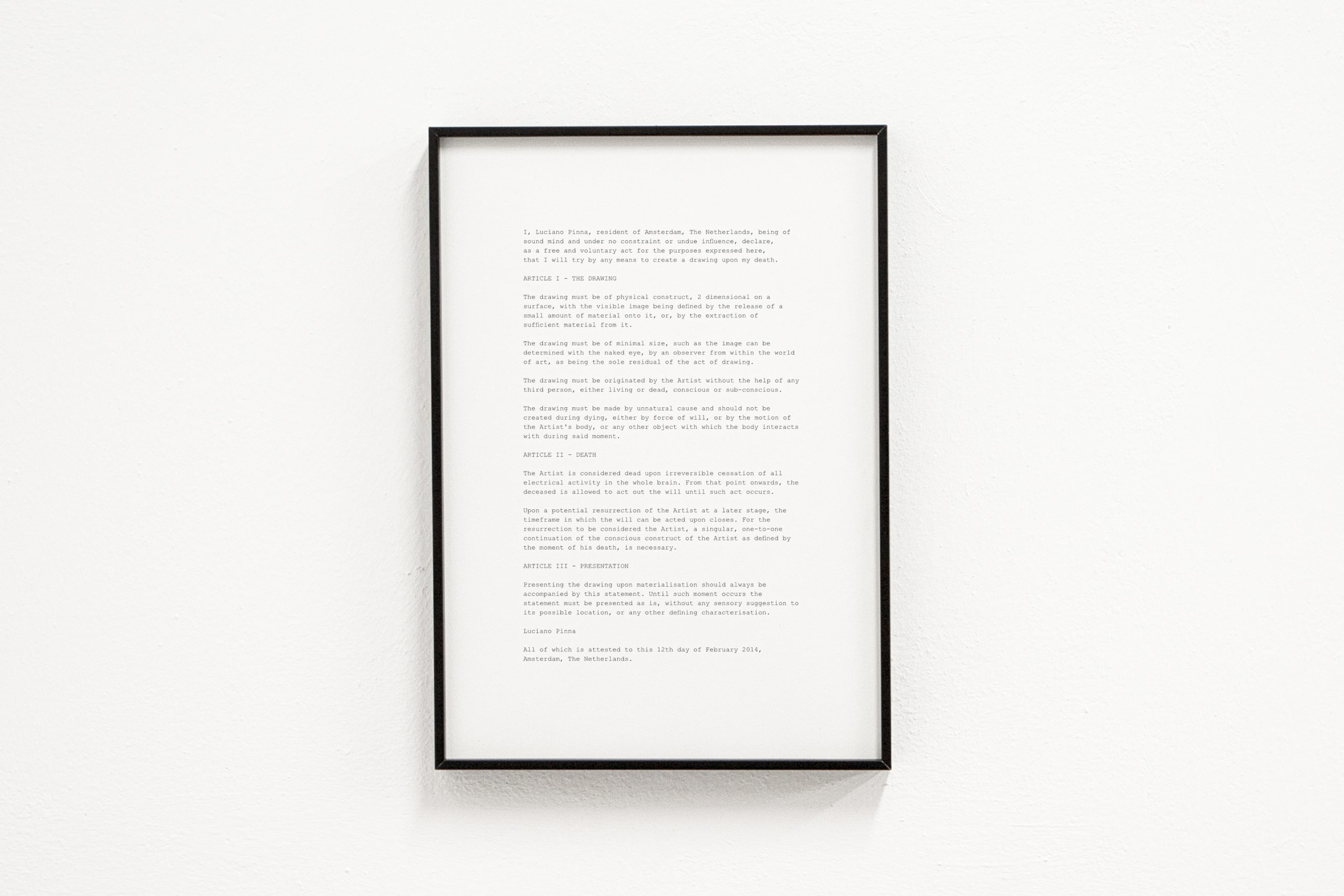 To create a drawing upon my death