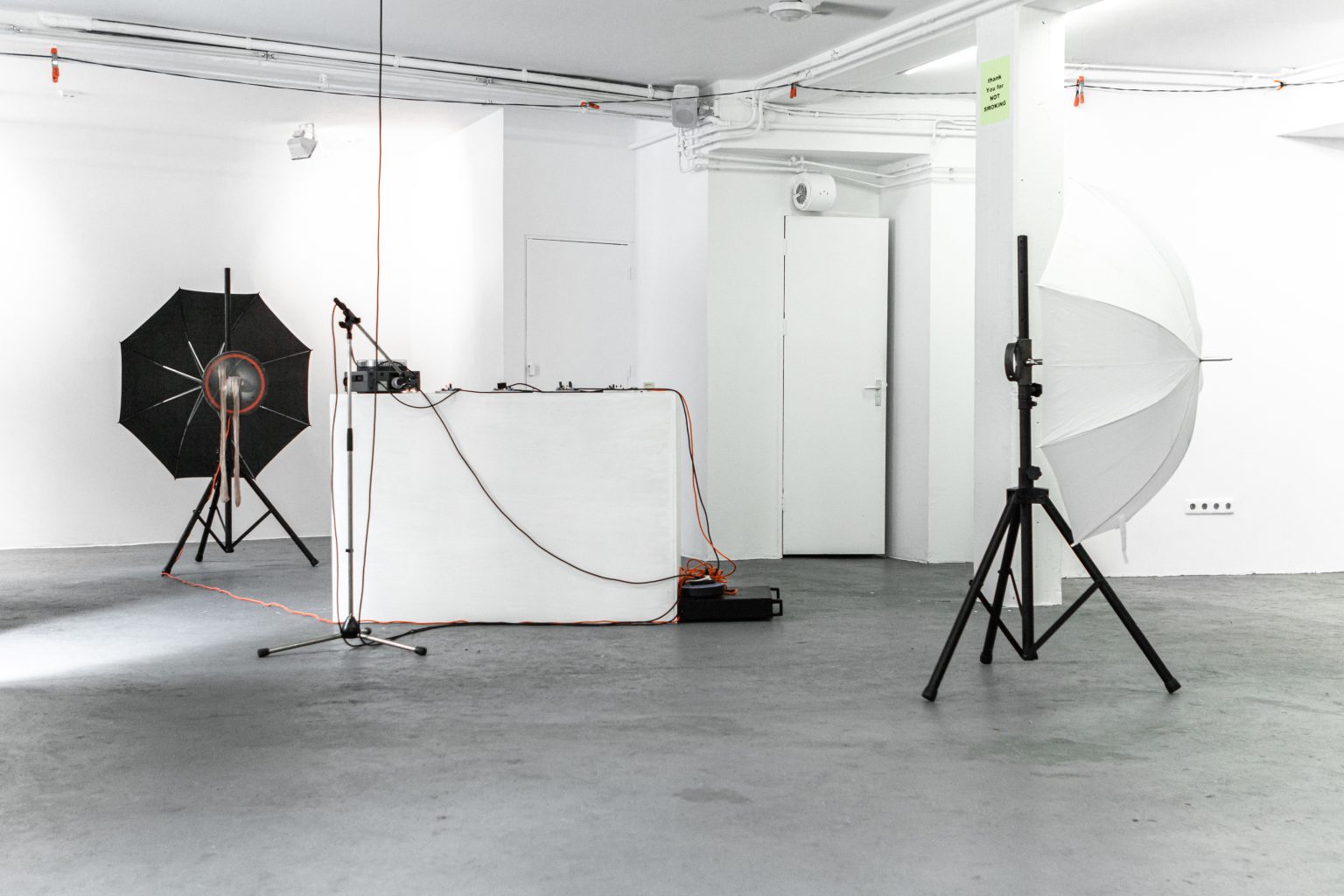 The hard problem paradigm is a central question in consciousness studies and can be formulated as to why physical processing should give rise to a rich inner life? Or in other words, why is there an apparent subjective side to experiences we share, seemingly created by similar biophysical reactions?

The paradigm is called The hard problem because it appears to ‘persist even when the performance of all the relevant functions is explained’. Along a similar line of thought it could be reasoned, that the statement is applicable to art works in general. Even through a simple shift of context for almost translucent objects like Duchamp’s Readymades, the axiom appears to touch on some inner truth.

As a starting point for the work that investigates the hard problem, the concept was adopted to reflect light on sound, two independent media whose movement can be formulated to some extend by similar mathematical functions. In order to achieve the what would normally be impossible interaction, the beam of light that is emitted by a projector, is projected onto the live recorded sound of that device in operation, feeding the sound to a speaker, acting as the projector screen for the emitted image. The speaker was covered with a pair of nylon stockings to visualize the actual flow of air with which the light is ‘colliding with’. An image projected onto the nylon would appear to be vibrating and slightly blurred because of the pulsating movement of the stockings.

A custom-built timer was attached to the projector in order to achieve a special sequential transition between slides. Every 30 seconds the timer would trigger the projector to advance 3 consecutive slides, thus creating a mechanical pattern of 3 fast hits in a row, follow by 30 seconds of frozen movement. The timer, and all other custom built electronic circuits, extracted power from the projector itself through a single interface, emphasizing the closed relation between generator and receiver of the collision.

A dynamic microphone was positioned near the ventilation outlet of the projector, recording the flow of air and low humming of the device in operation. The microphone was powered by a custom built 2 parts balanced high-end microphone amplifier and monitored via a VU metering circuit. The recorded sound was fed to a 400 watt bridged power amplifier and send to a 15 inch speaker. In order to maximize the amplification an umbrella was attached to the back of the speaker. 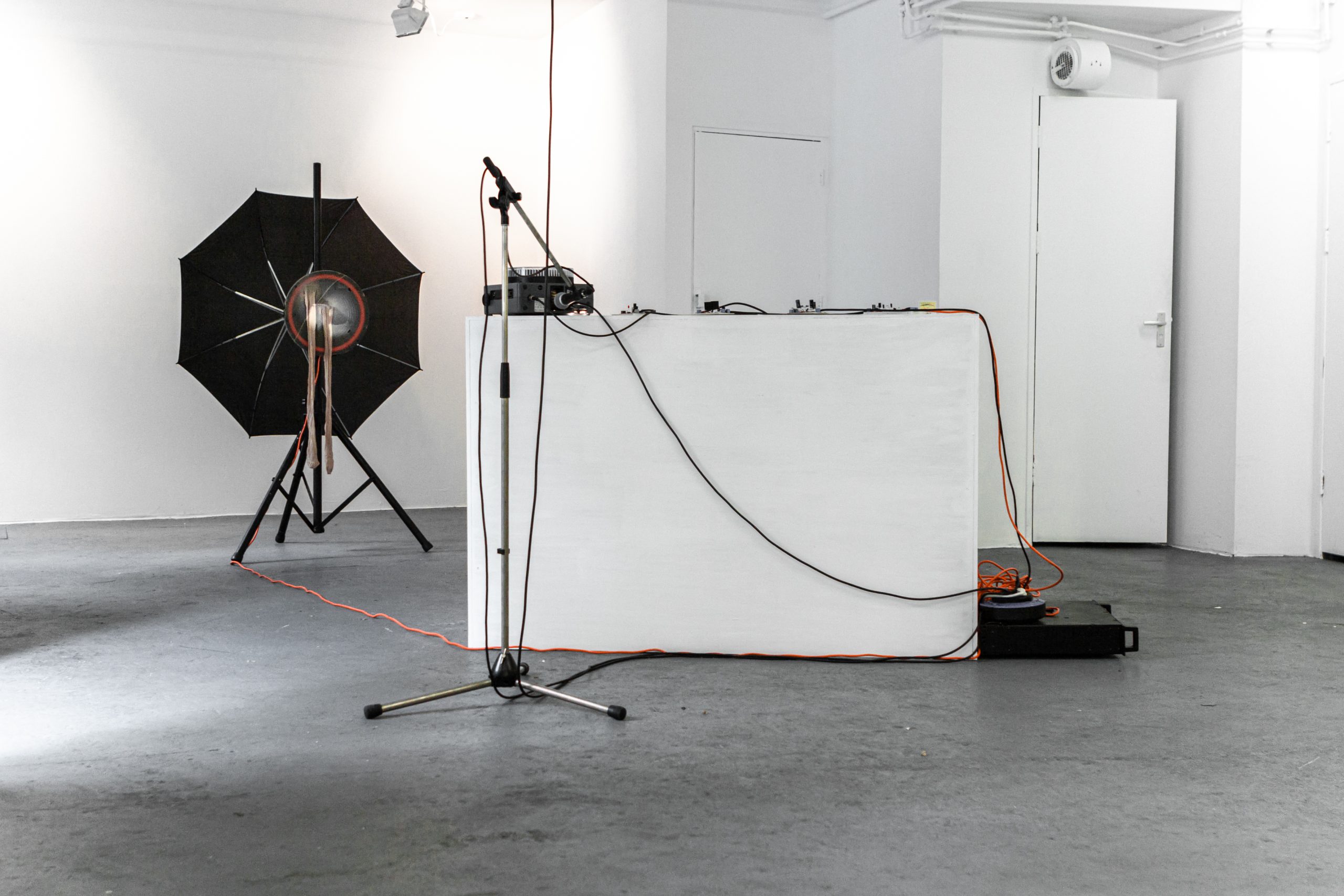 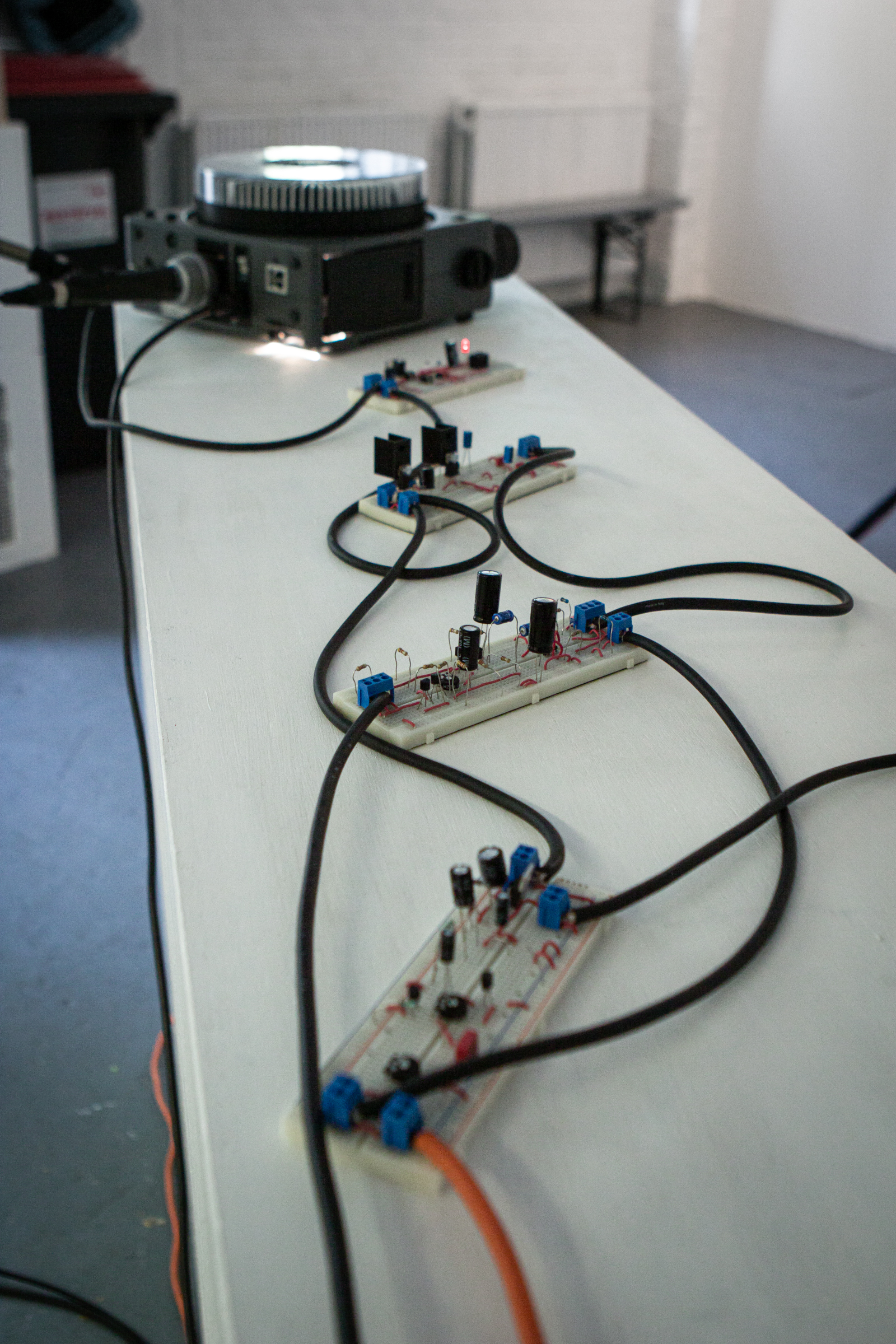 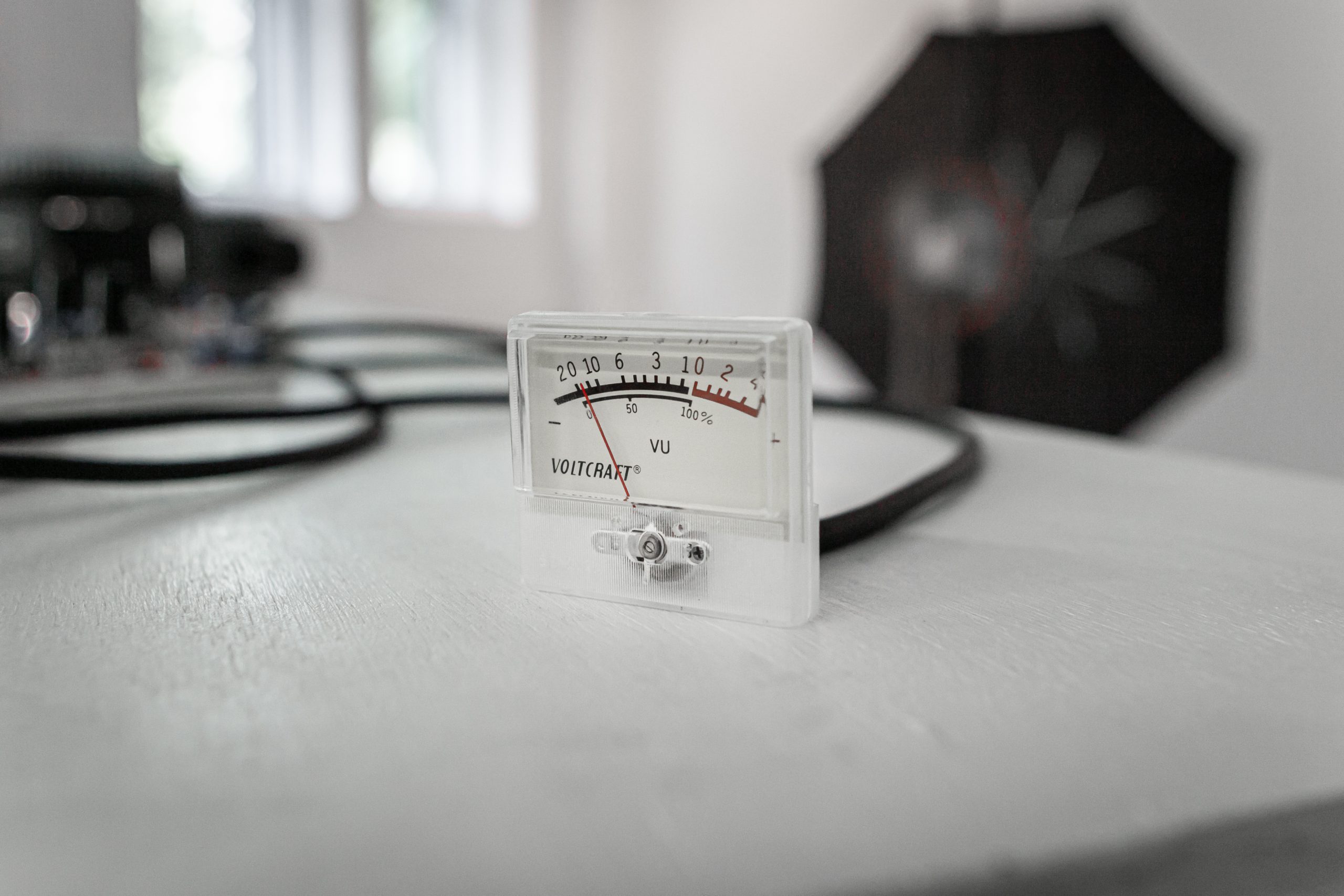 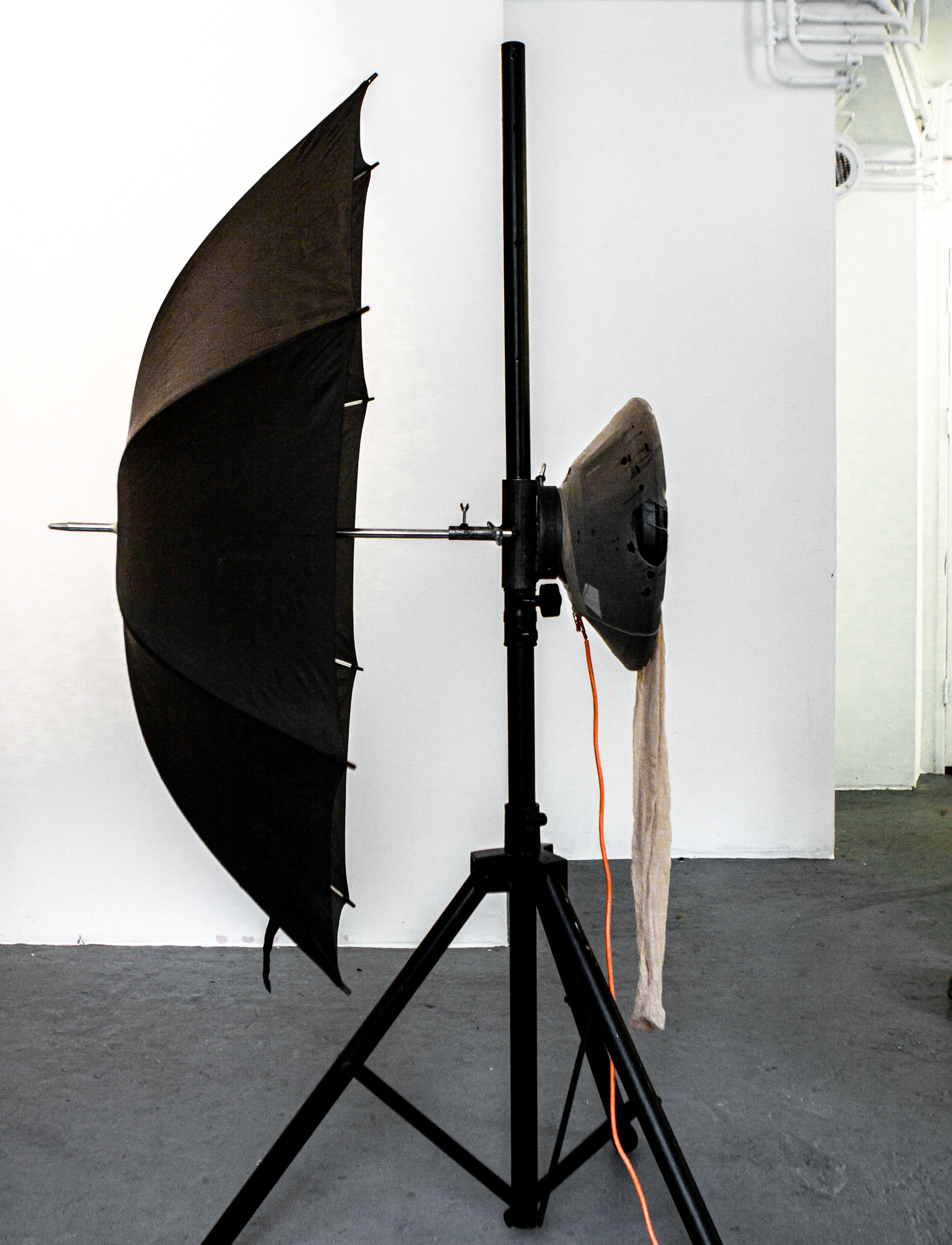 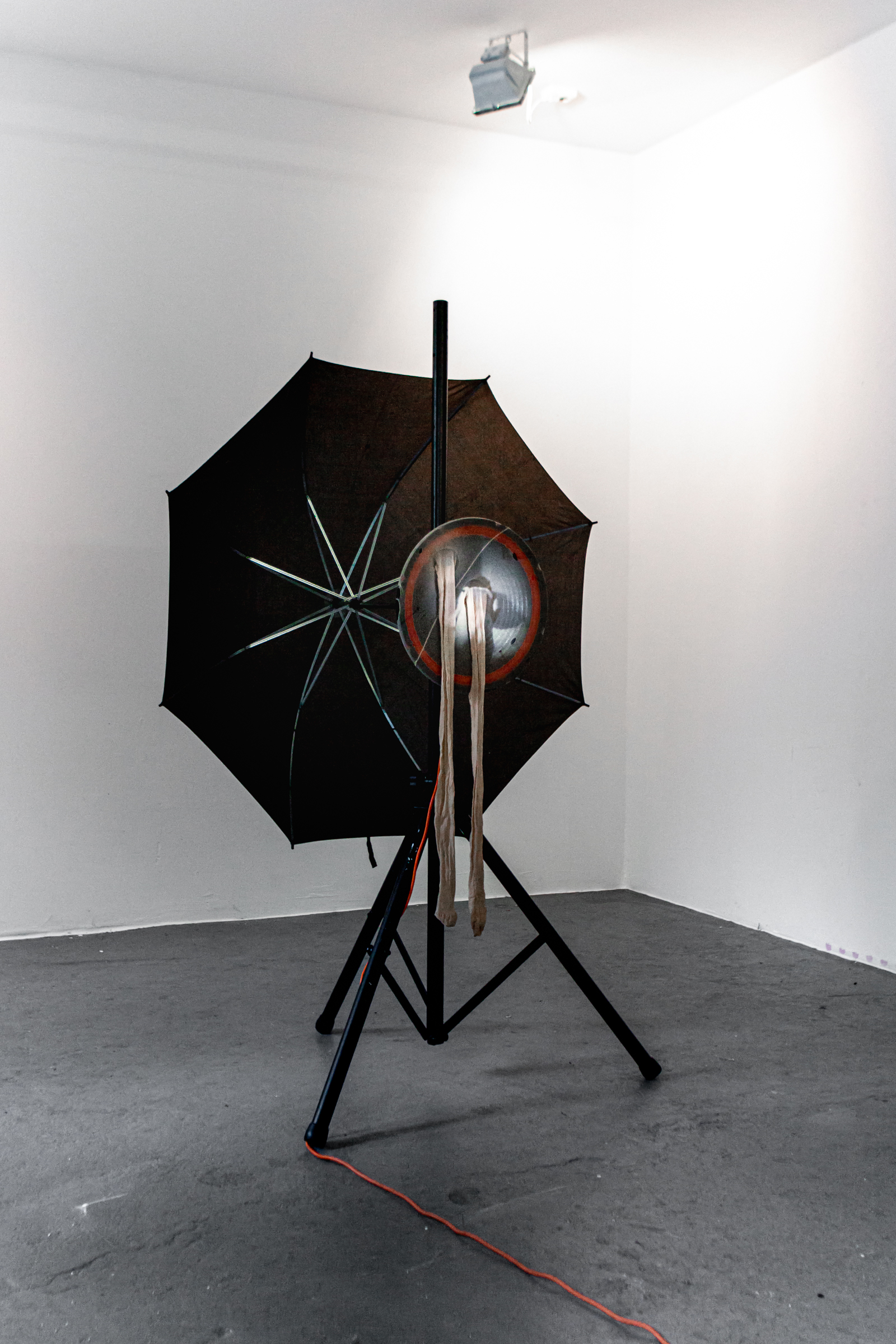 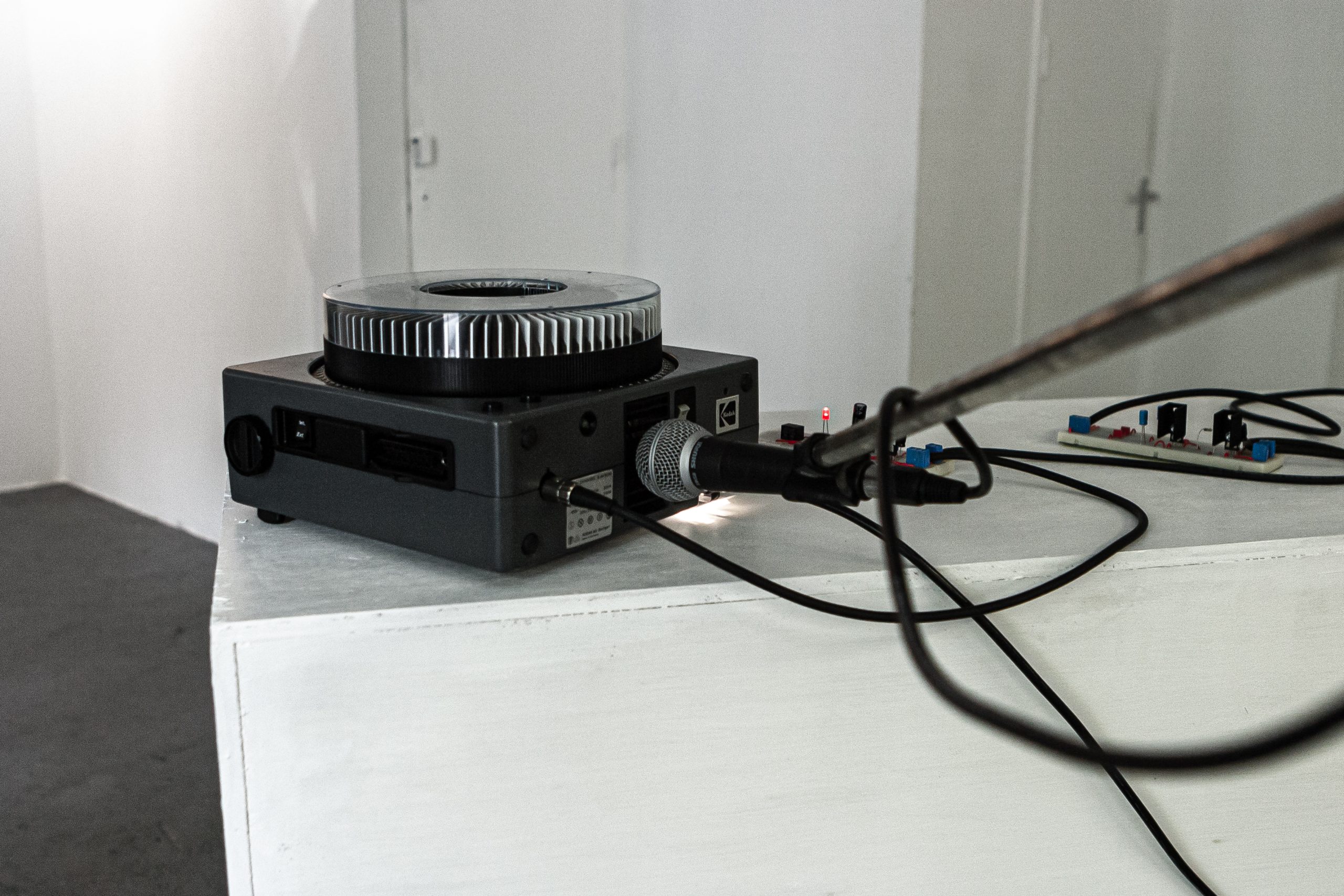 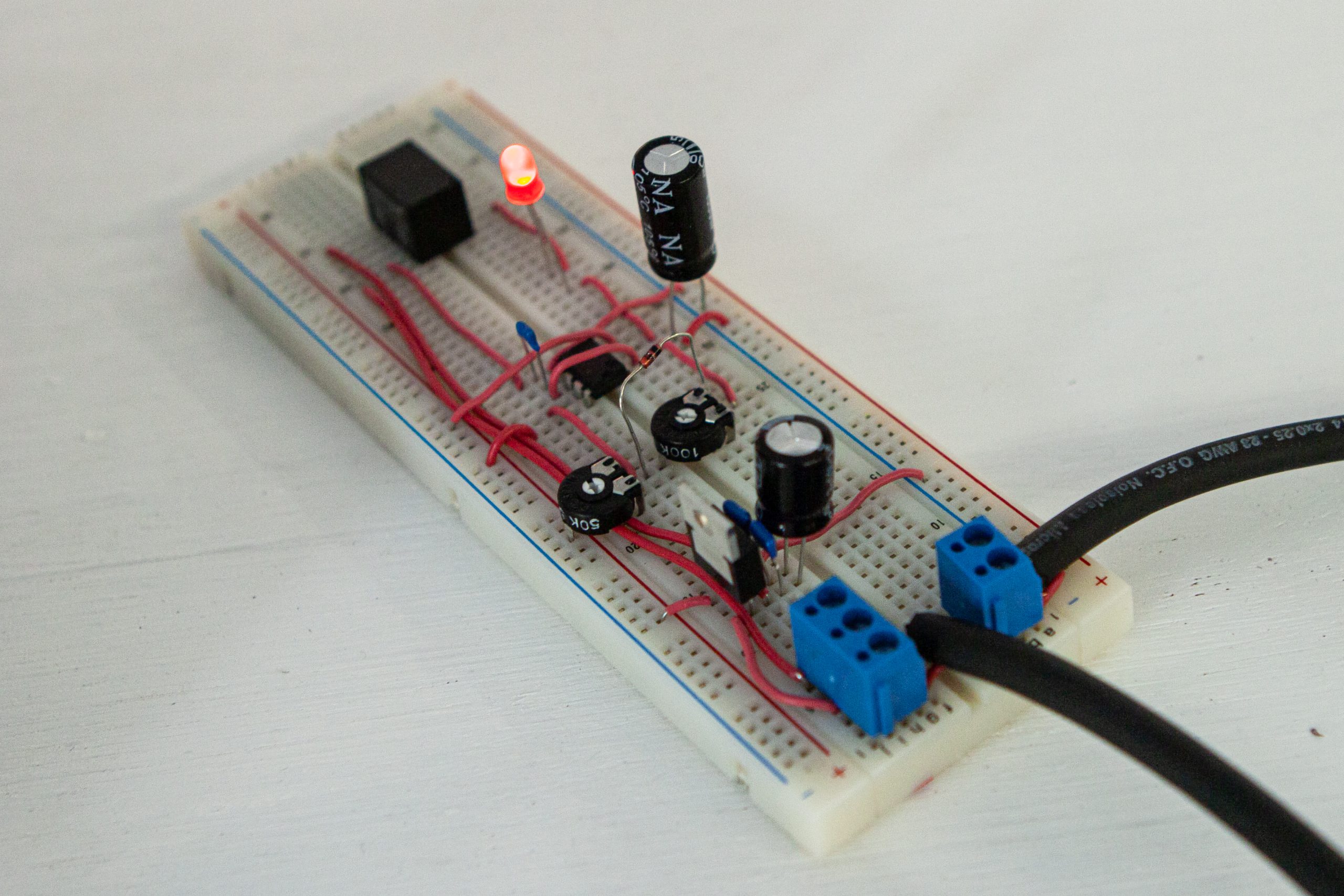 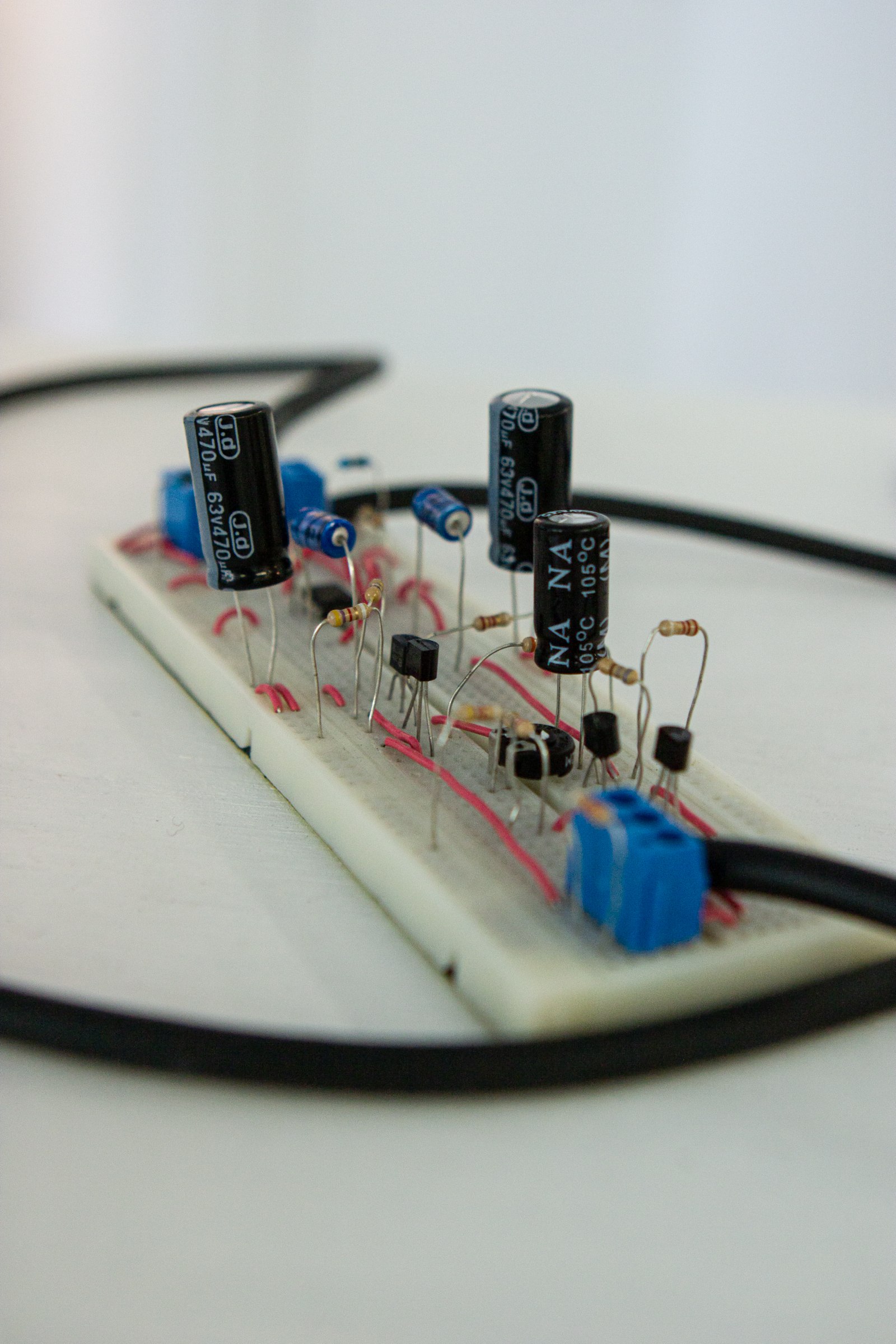 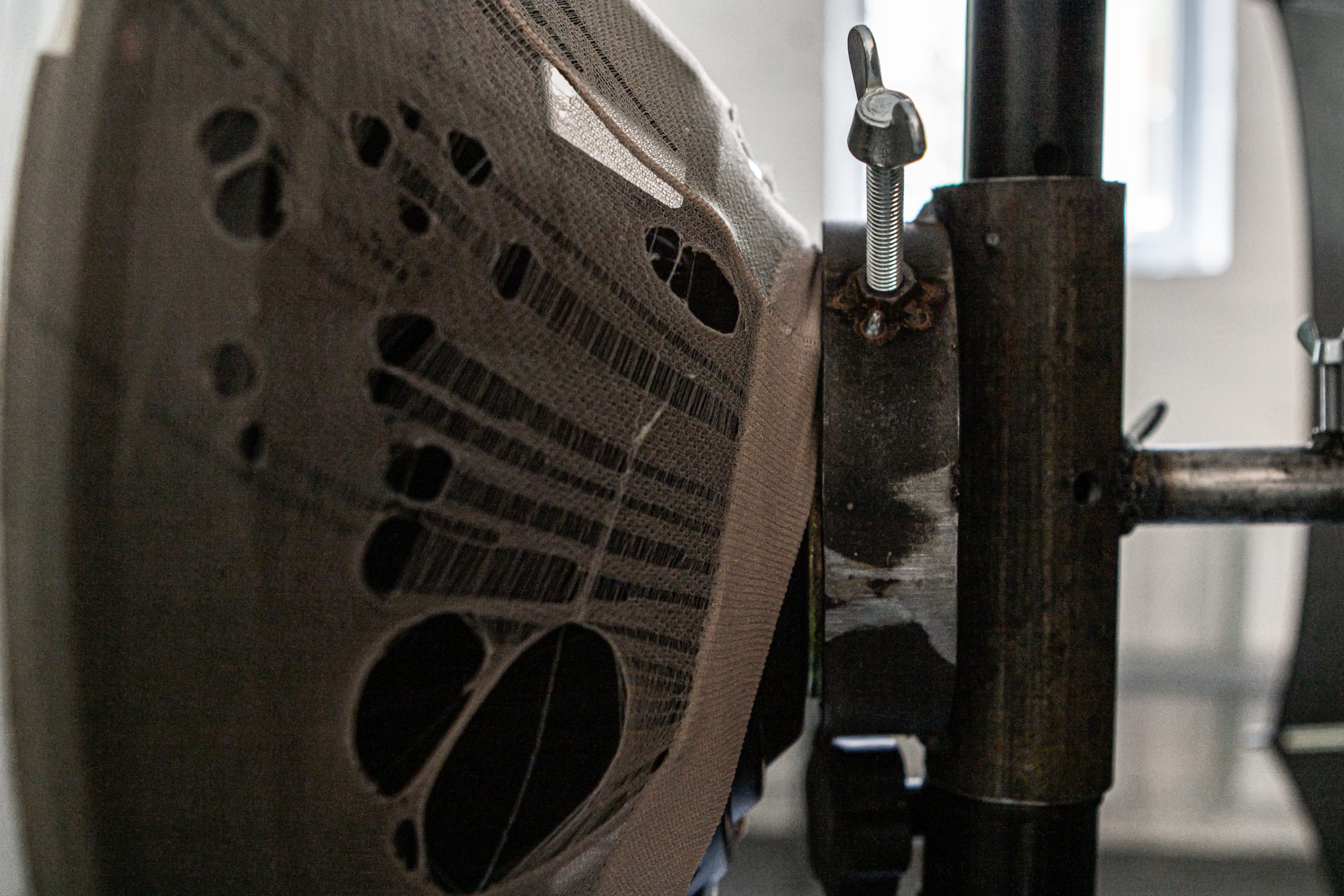 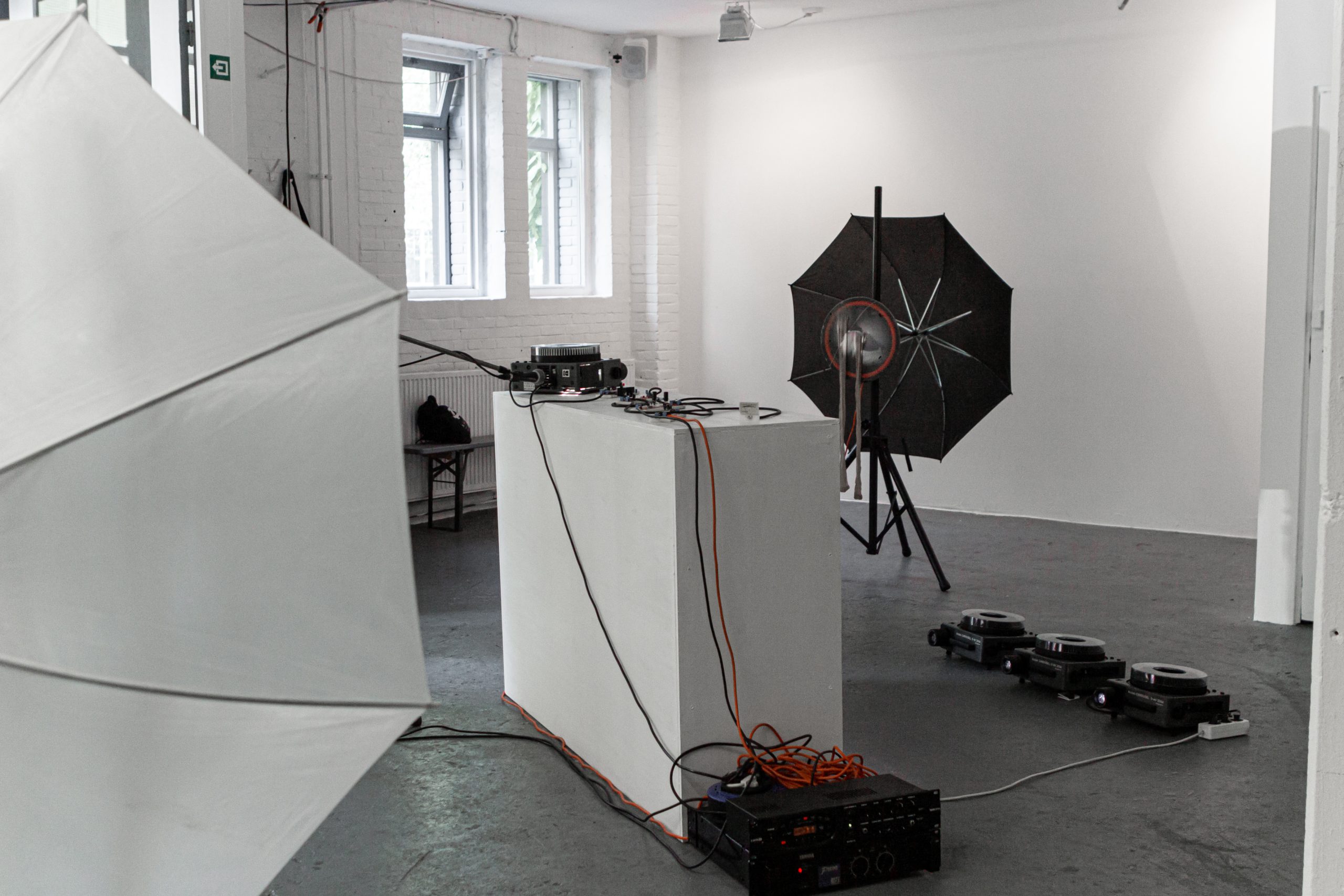 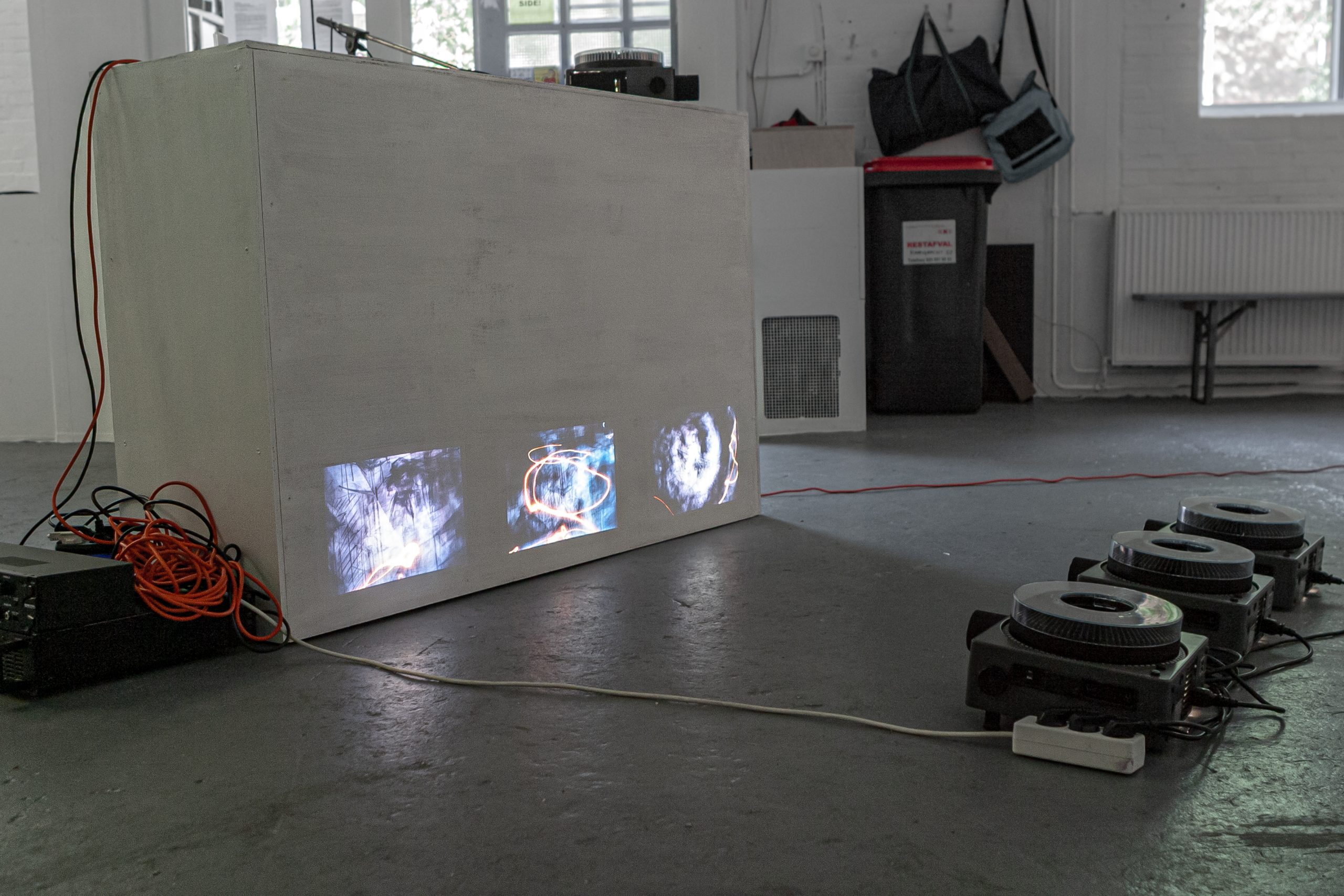 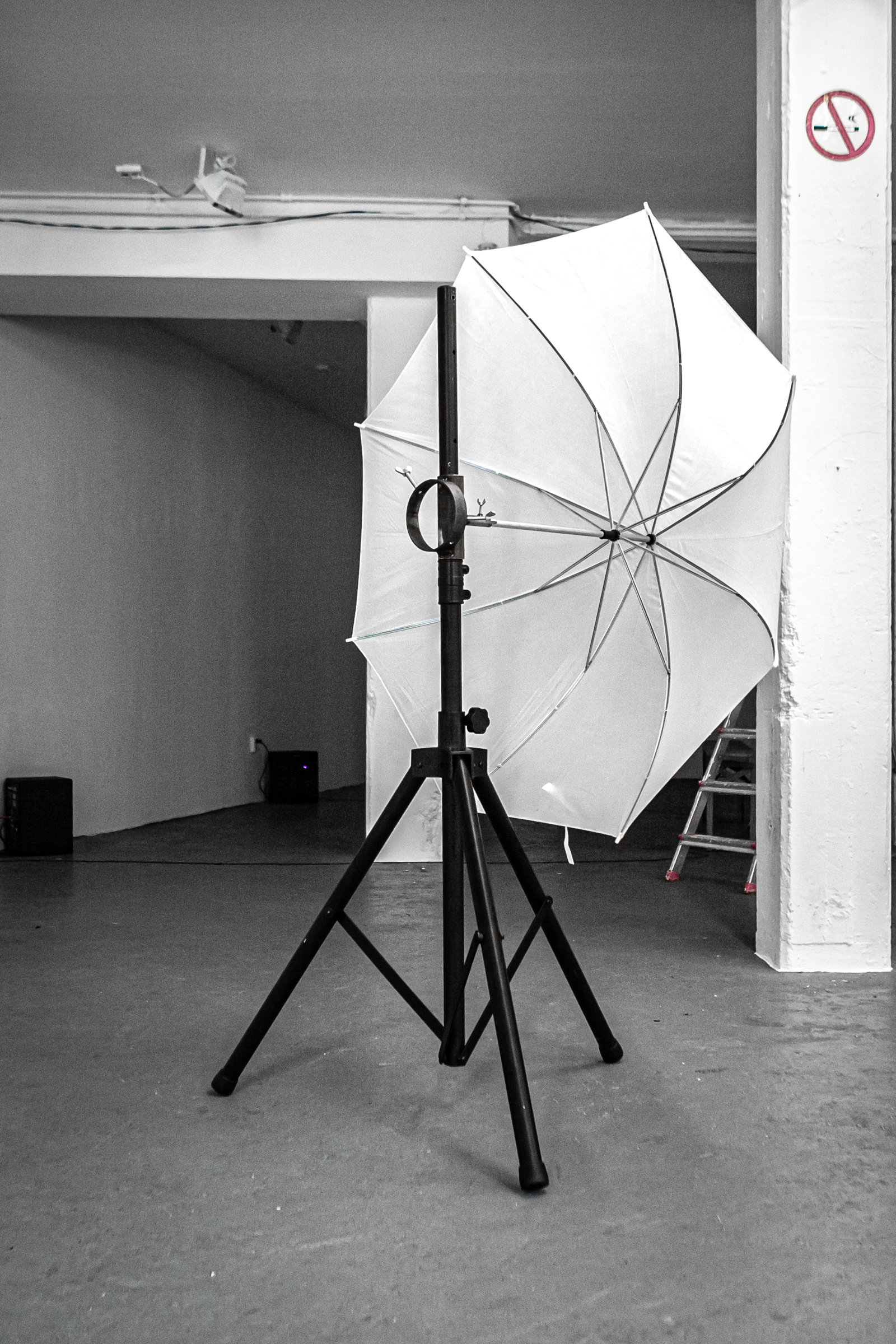