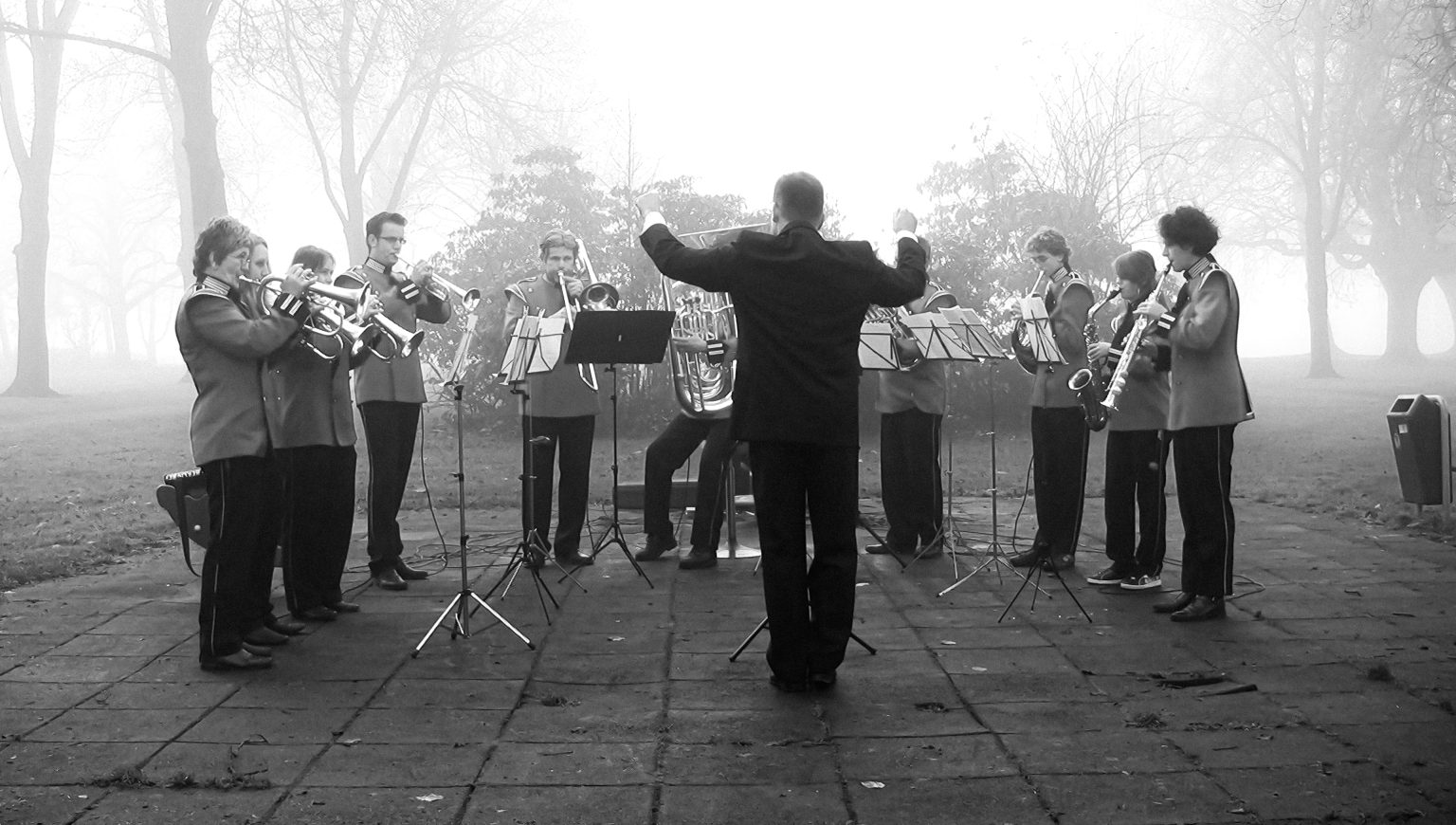 Space. It defines, grounds and enables. Through voidless space sound propagates, morphing dimensions and changing relations. Though surrounded by endless and ungraspable silence our meanderings pulsate under the weight of it. Sound appears to be everywhere and nowhere; even from within our own body a constant stream of noise is generated and absorbed again, a closed and self sustaining loop of auditive data running in the background.

What space does sound create beyond the audible, and to what effect? Why does some sound elevate itself beyond mere noise and from where does this originate? On negative space of sound is an effort to visualize the beyond audible sound space and its relation towards our beings solely based on the expectation of sound.

A group of musicians performs a classical composition in public space without making any sound. The performance is done similar to a regular performance, with the same integrity, energy and musical operations. But their instruments are modified in such a way that no notes are generated, while keeping the natural flow of air. The performances are done in the hustle of city center and in the quietness of offbeat locations.

Because of the more rural character of the location of execution, a fanfare, e.g. brass band, was selected to do the performances. A number of fanfares were approached of which the collaboration with the fanfare of the city of Meppel, De Bazuin, appeared to best match the overall goals of the project. De Bazuin is one of the oldest fanfares from the region of Drenthe (The Netherlands), closely linked to the city, and performs compositions on a high level. Ten musicians plus the conductor participated in the project, which was considered a good number due to the nature and complexity of the project.

The project consisted of three parts; creating a score specific for the project, the performance of the score by the fanfare in the city and the presentation of it afterwards in the form of a video installation. The idea behind the score was to add an additional layer of complexity to the work. The score was only to be played in public according to specific legally binding instructions that would prevent it from being played auditable. The regionally renowned composer Wim Stoppelenburg was approached, but it soon became clear that it was not feasible to compose a score within the given time frame. After consulting all parties concerned it was decided to choose an existing score that was part of the standard repertoire of the fanfare.

On Saturday 6 December four interventions on four different locations in Meppel were performed: in the Wilhelmina park, in the pedestrian tunnel under the train station, in the central shopping street and in the shopping mall Keyserstroom. Each intervention had its own unique setting due to the location and the time of the intervention. During the early morning intervention in the park the strength of the concept became clear. In the serene surroundings, the fanfare wrapped in between the fog and the consonances of birds and water, put down a mental space which seem to link the earthly with the supernatural, the temporal with the eternal. From a pure aesthetic point of view the recordings of this intervention were visually the most interesting. The intervention in the pedestrian tunnel proved to be the most challenging for the musicians. The inescapable confrontation with public in the narrow corridor was heavy as well as confusing. For the musicians it became apparent how much they rely on each other beyond the mere notes of the score.

The largest audience was reached during the intervention in the shopping street where the shopping people wondered en masse about the event; reactions ranged from sincere stupefaction and delightment to disavowal and even resentment. Many people stopped to listen or realized themselves just after they had passed by that something was different than expected. The last intervention in the shopping mall had also such an impact, although clearly of a different magnitude. Here it became apparent how much influence such an environment has on someone’s openness. Afterwards the musicians and the conductor were exhausted, but pleased that they had participated in this project which proved to be quite challenging for them.

The interventions were recorded with 5 cameras, separated over 2 groups: HD and DV. The primary focus of the HD team was the musicians, whereas of the DV team was the surroundings. The work was then exhibited at Stichting KIK as a video-installation consisting of 2 projections opposite of each others which were playing completely in sync. Each of the projections had its own sound-system with 2 speakers attached. Due to the particular construction, a visitor could walk up very close to a projection without creating a shadow on the screen. The resulting installation forced the visitor to create his own narrative structure depending on his perspective and his position within the space.

In able to record the spatial sound close to the musicians during an intervention, a small microphone was attached to every type of instrument. The separate audio tracks were recorded via a mobile digital multi-track recorder. A final mix of the recording was made by using regular post-production techniques for orchestral registrations. The result was not used in the video-installation nor presented as a separate work at the Stichting KIK during the exhibition.

Recording of the first intervention – the park. 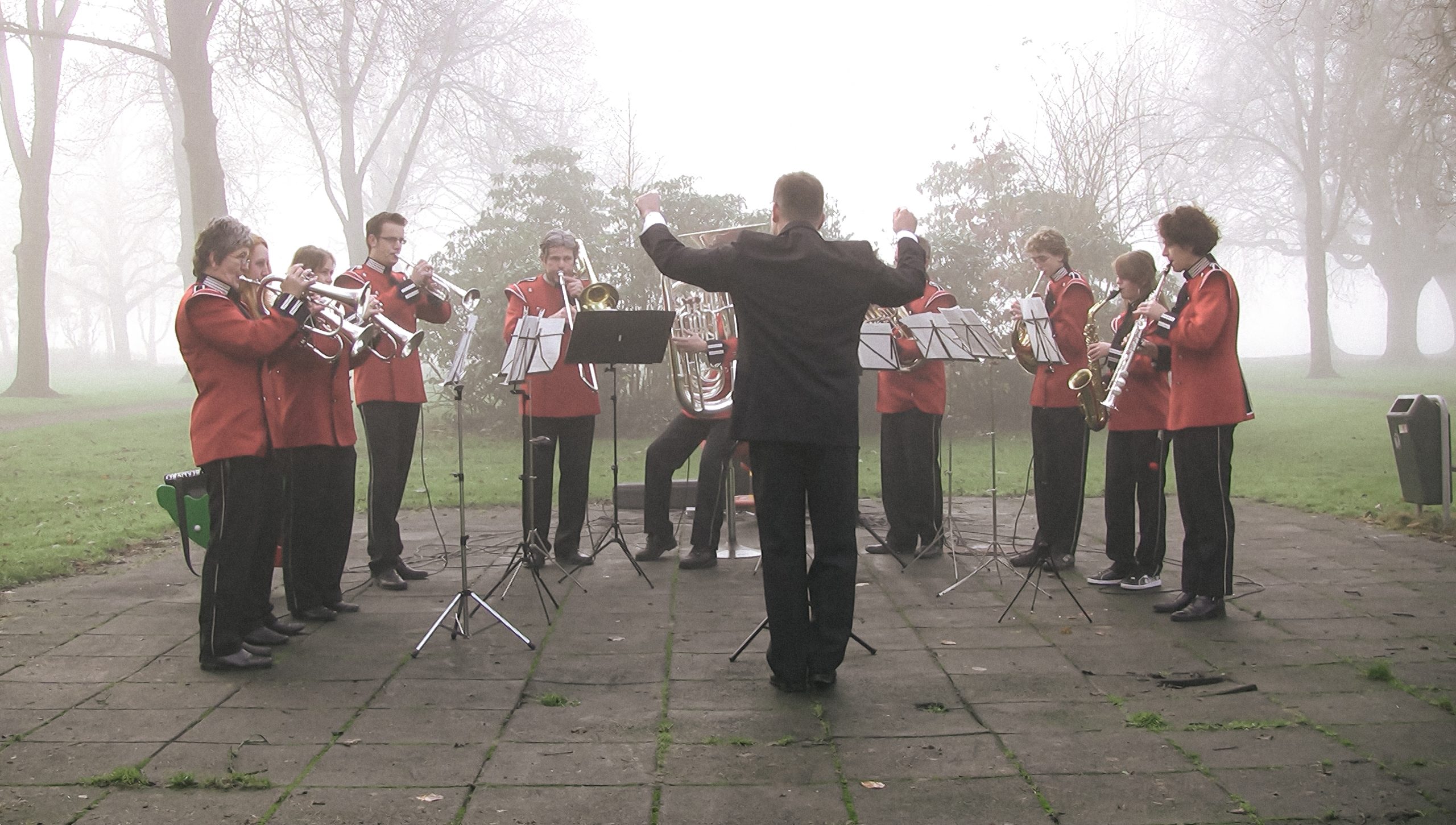 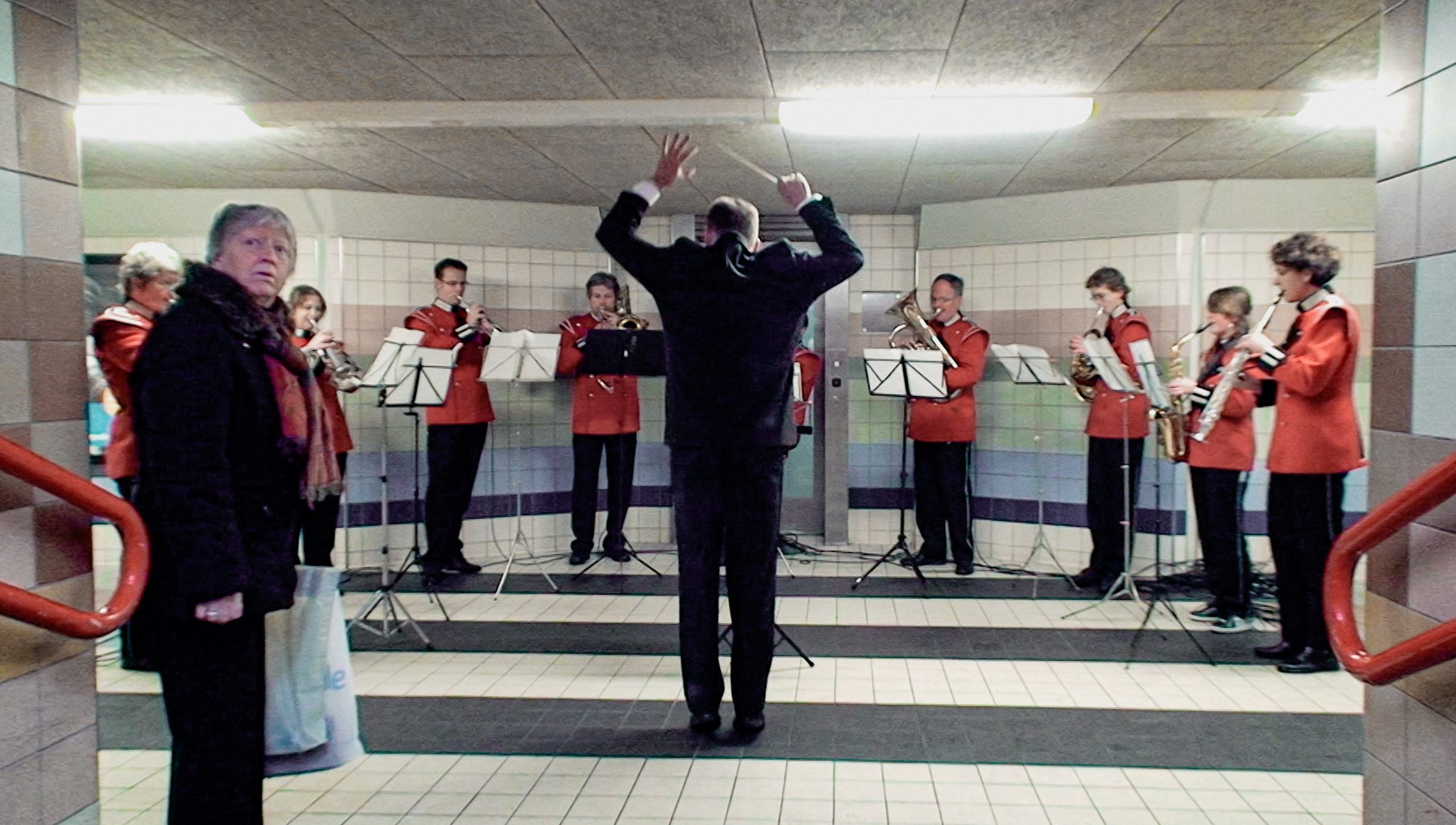 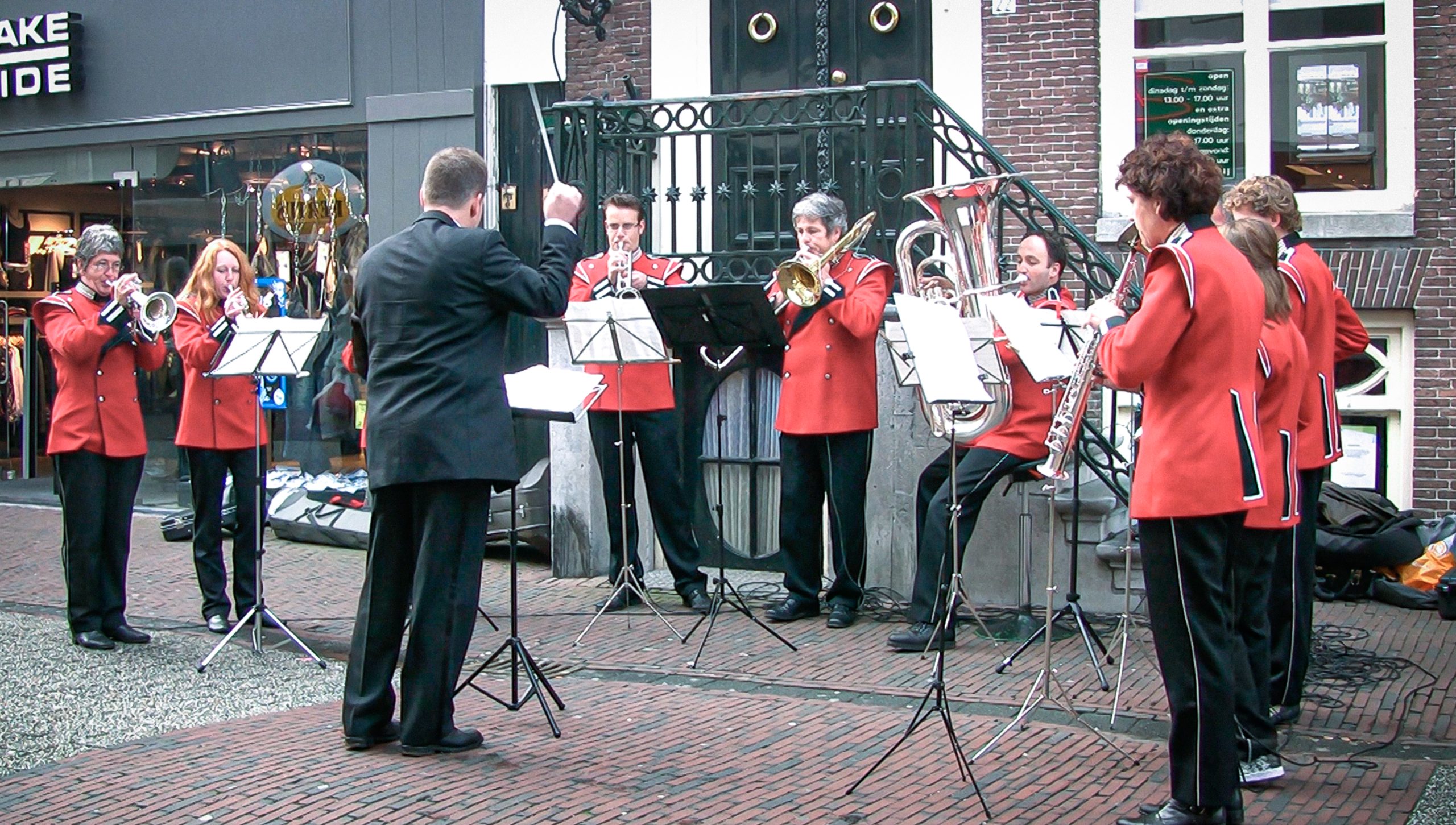 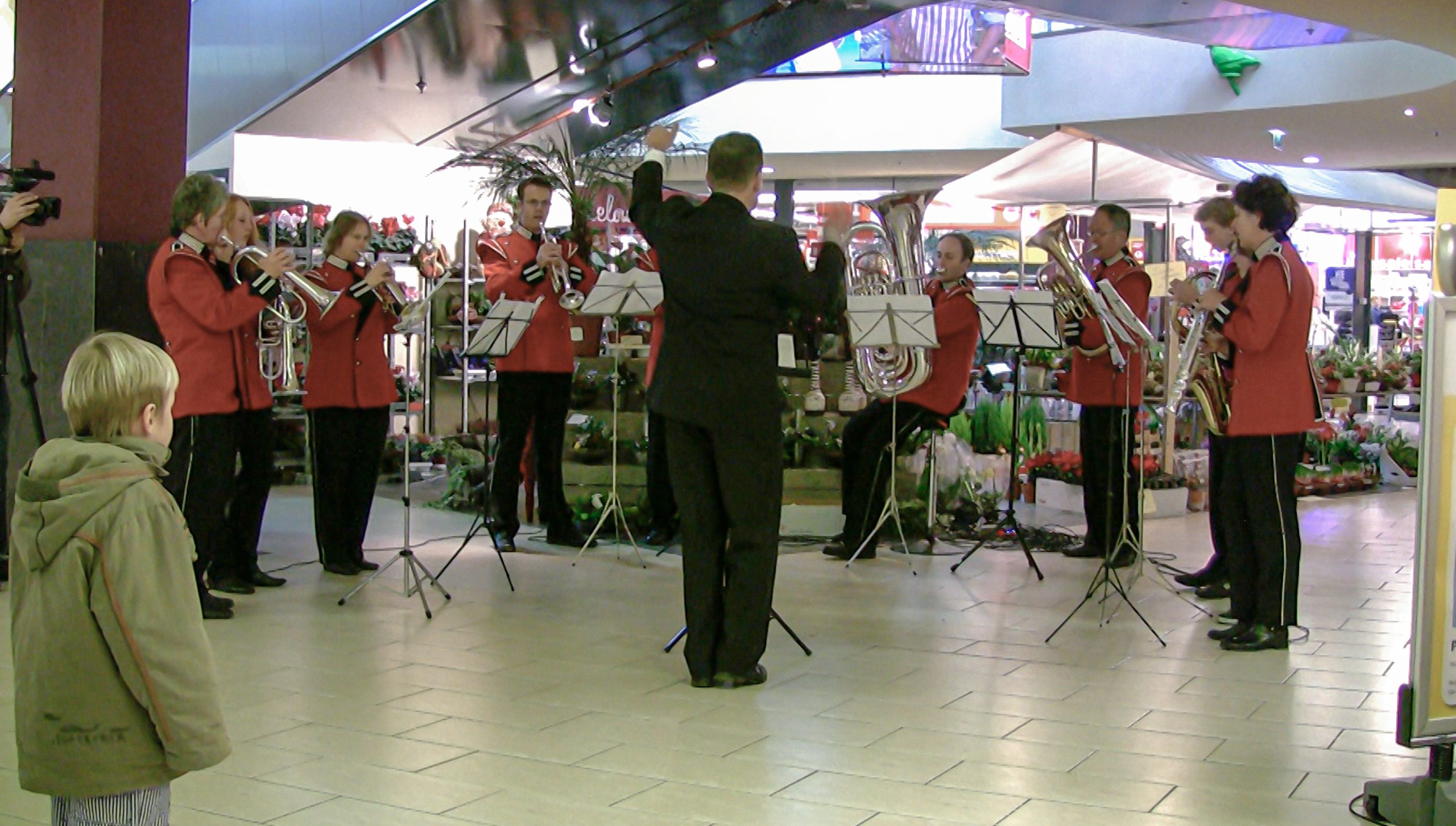 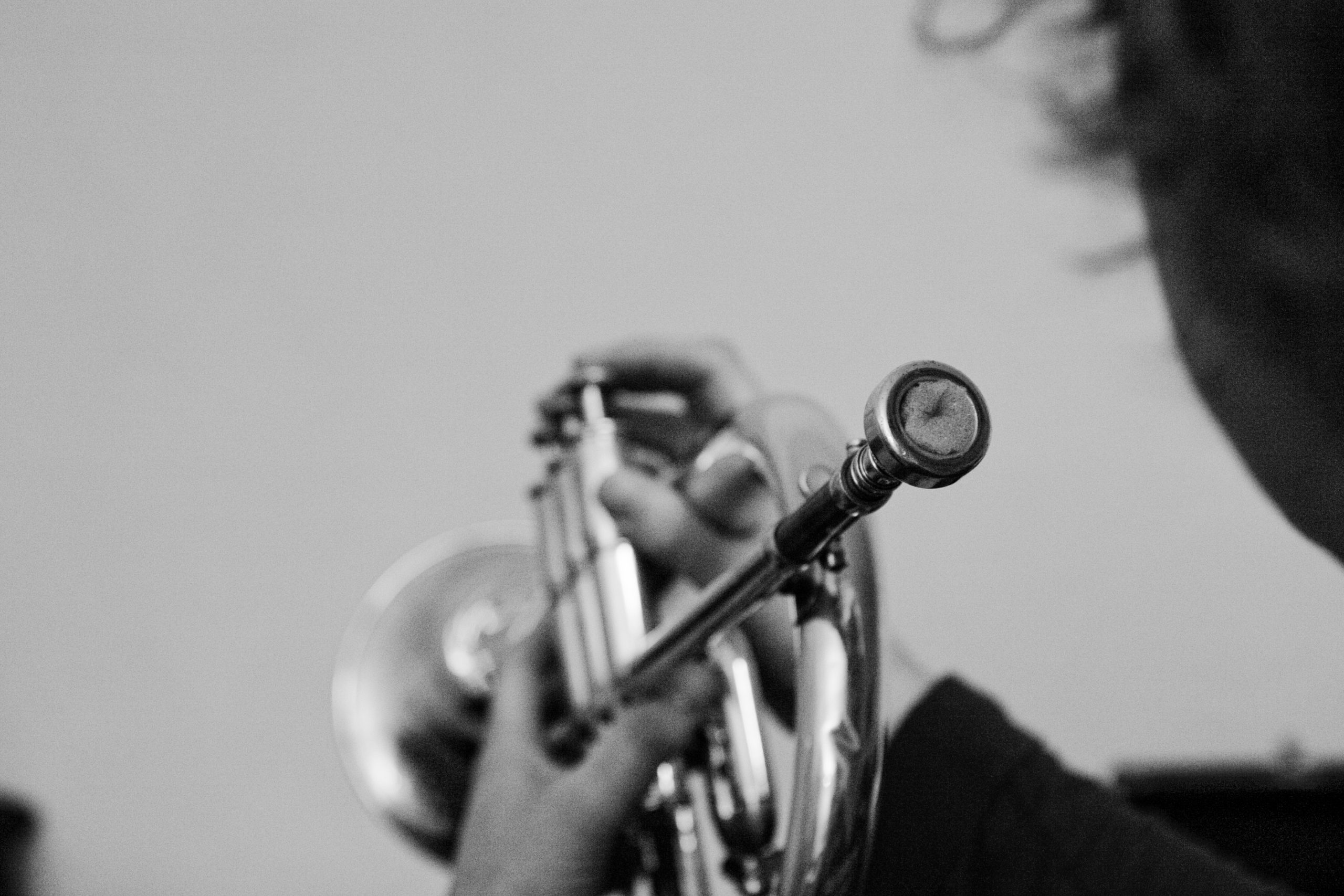 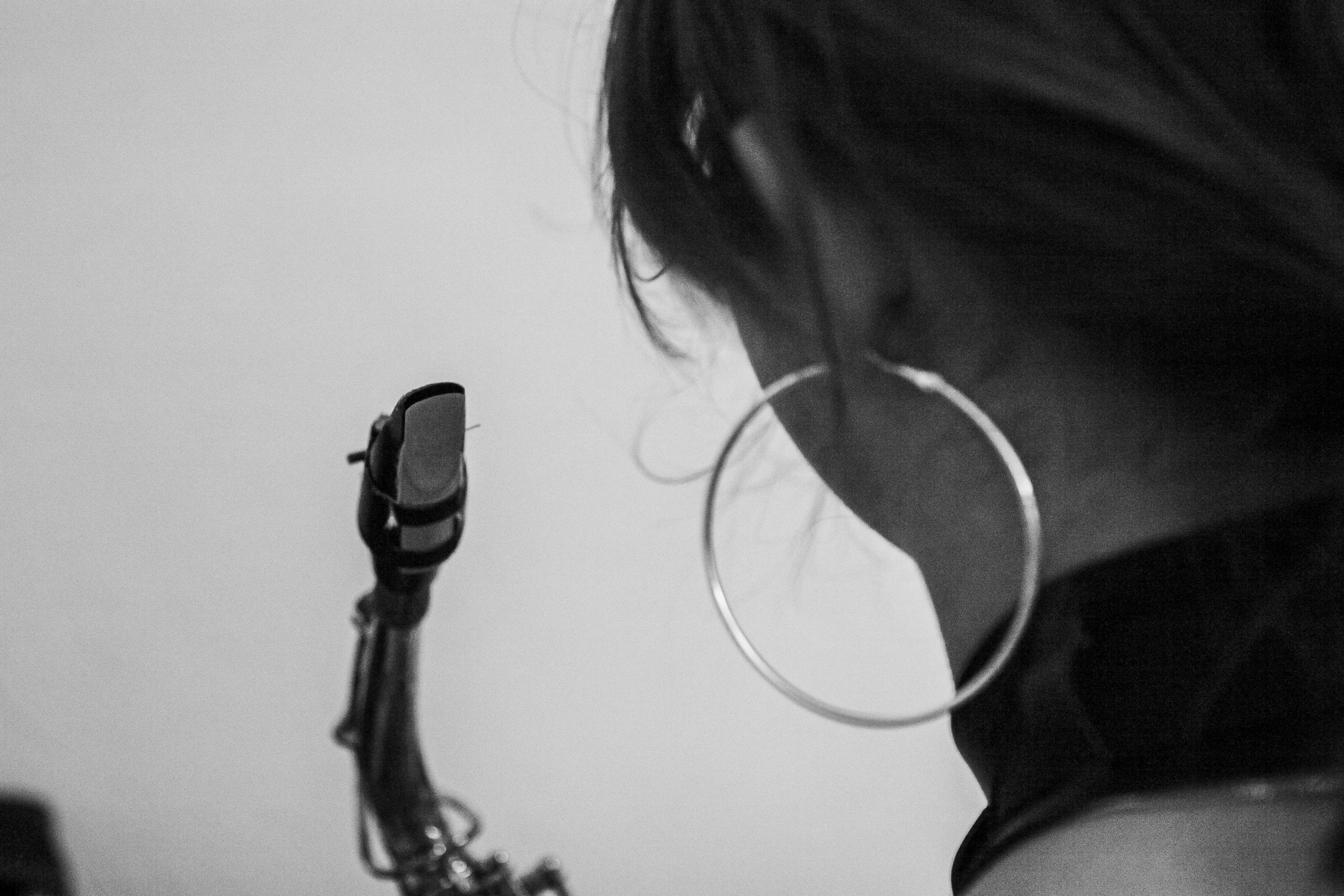 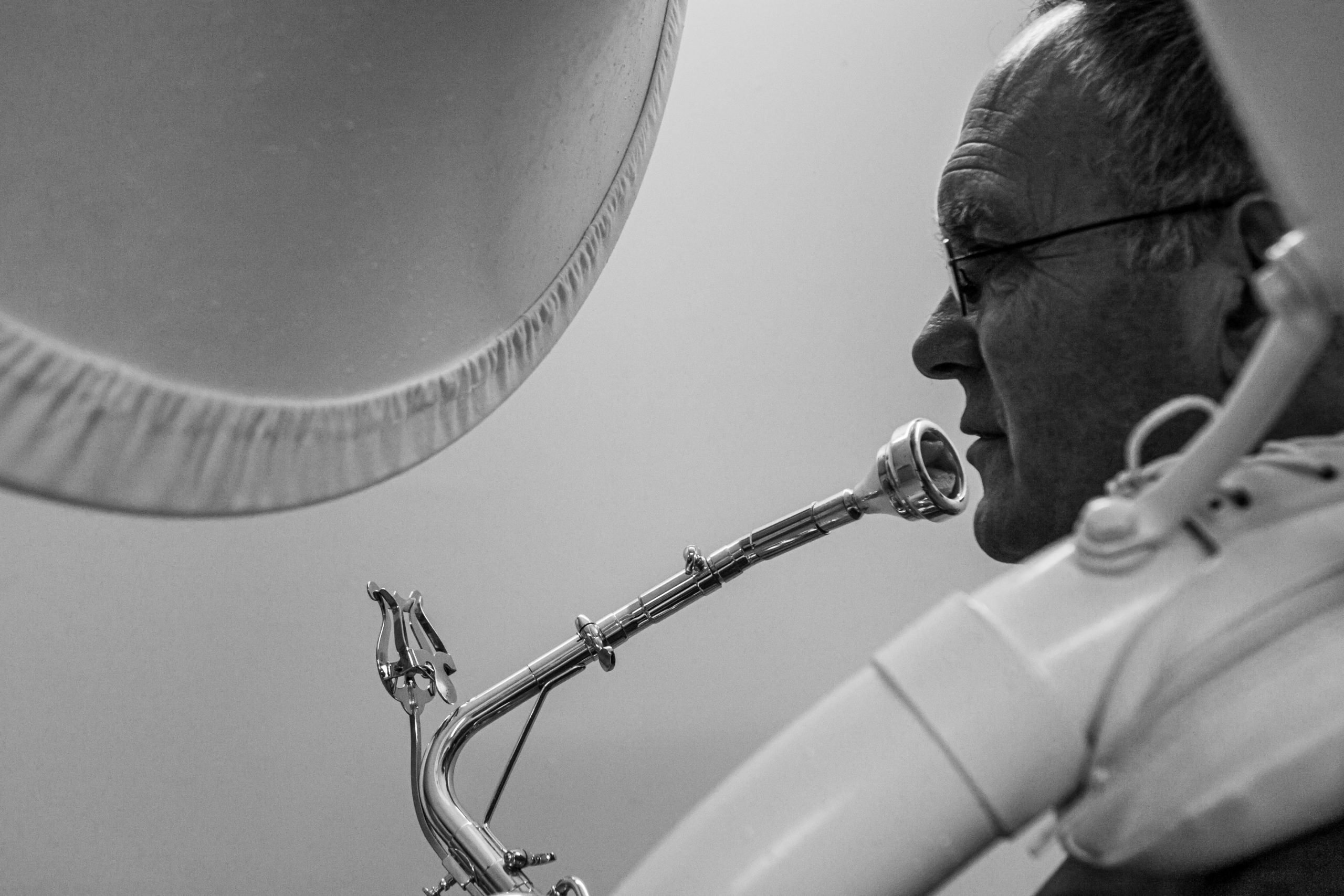 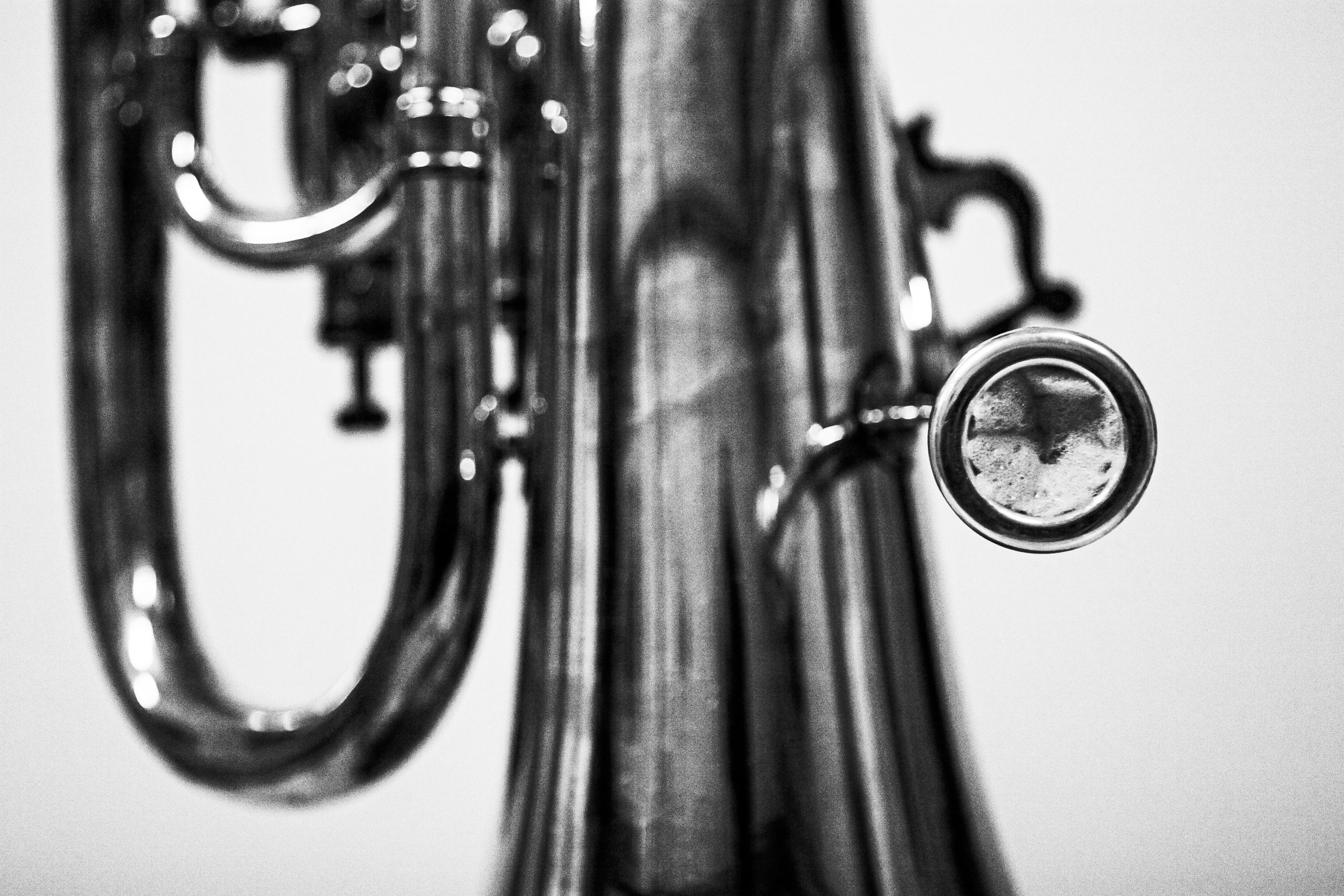 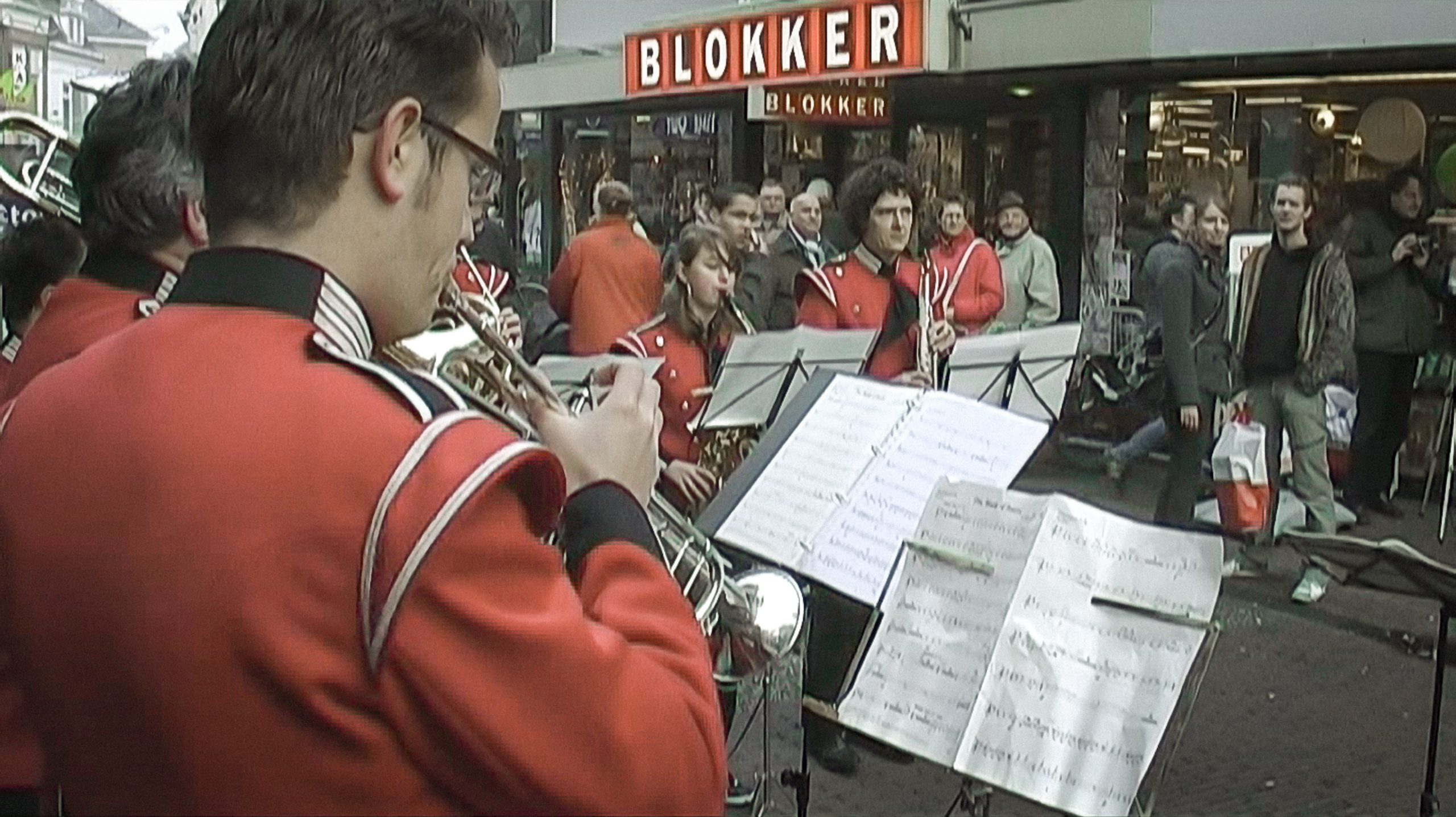 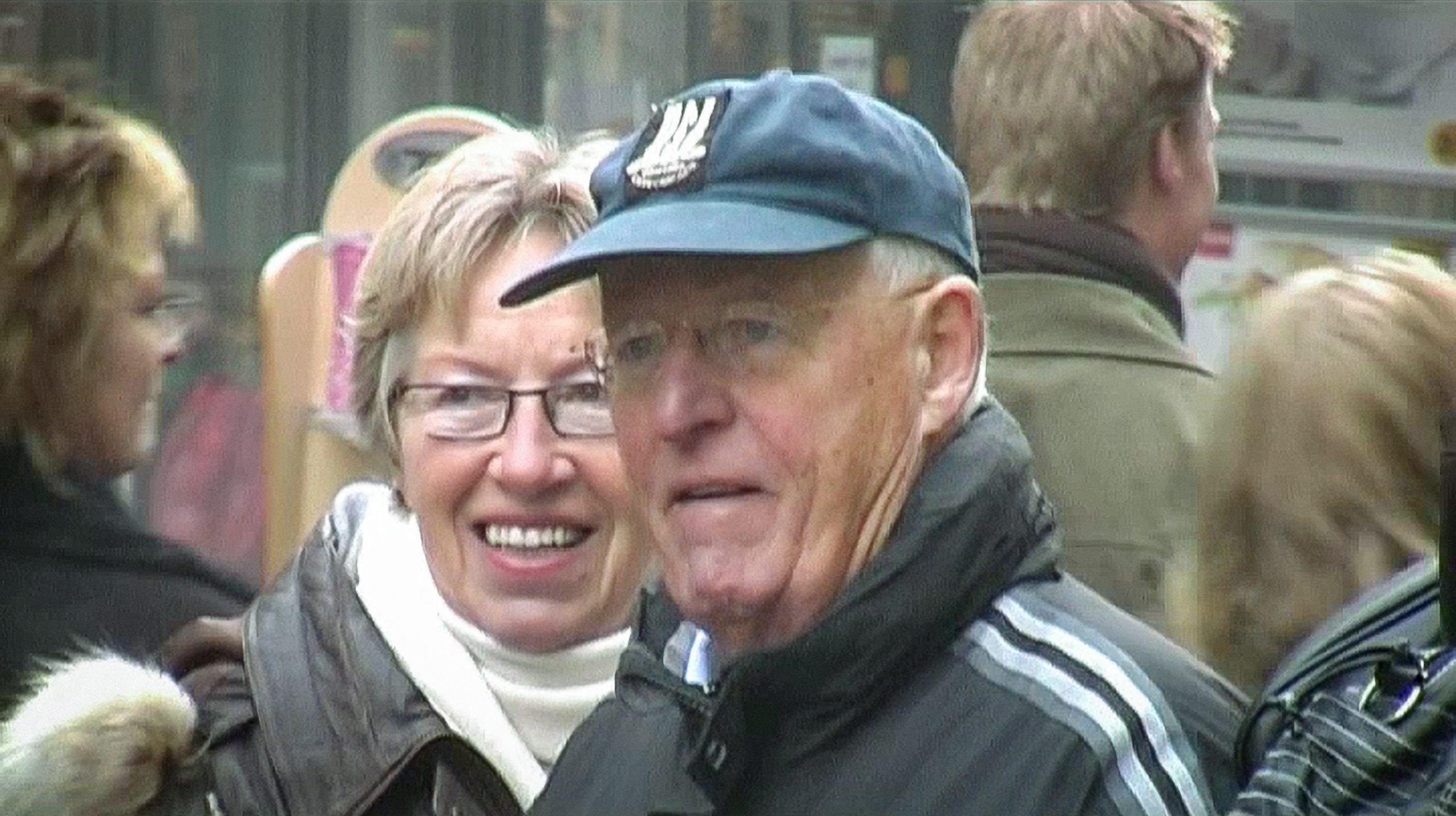 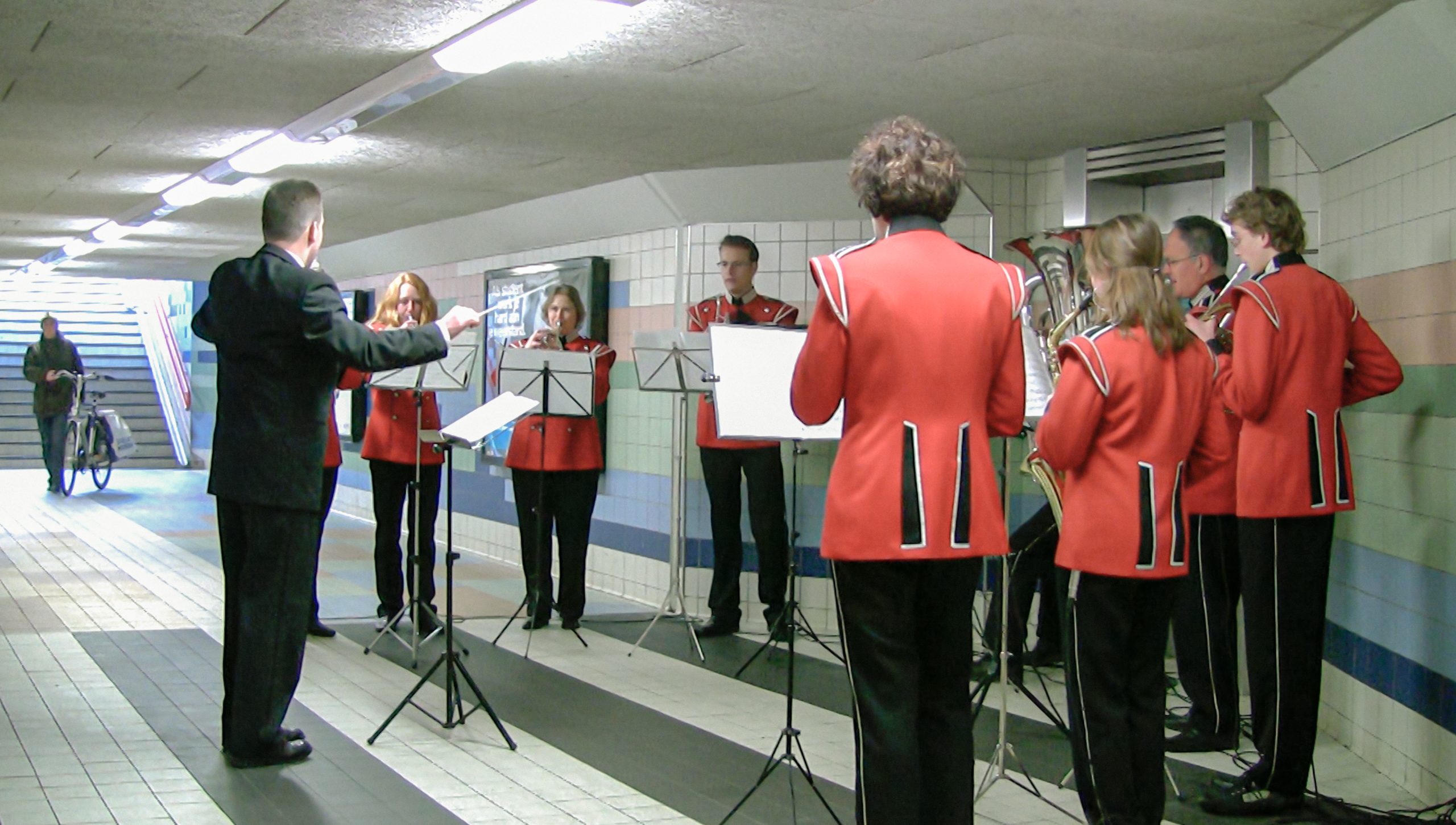 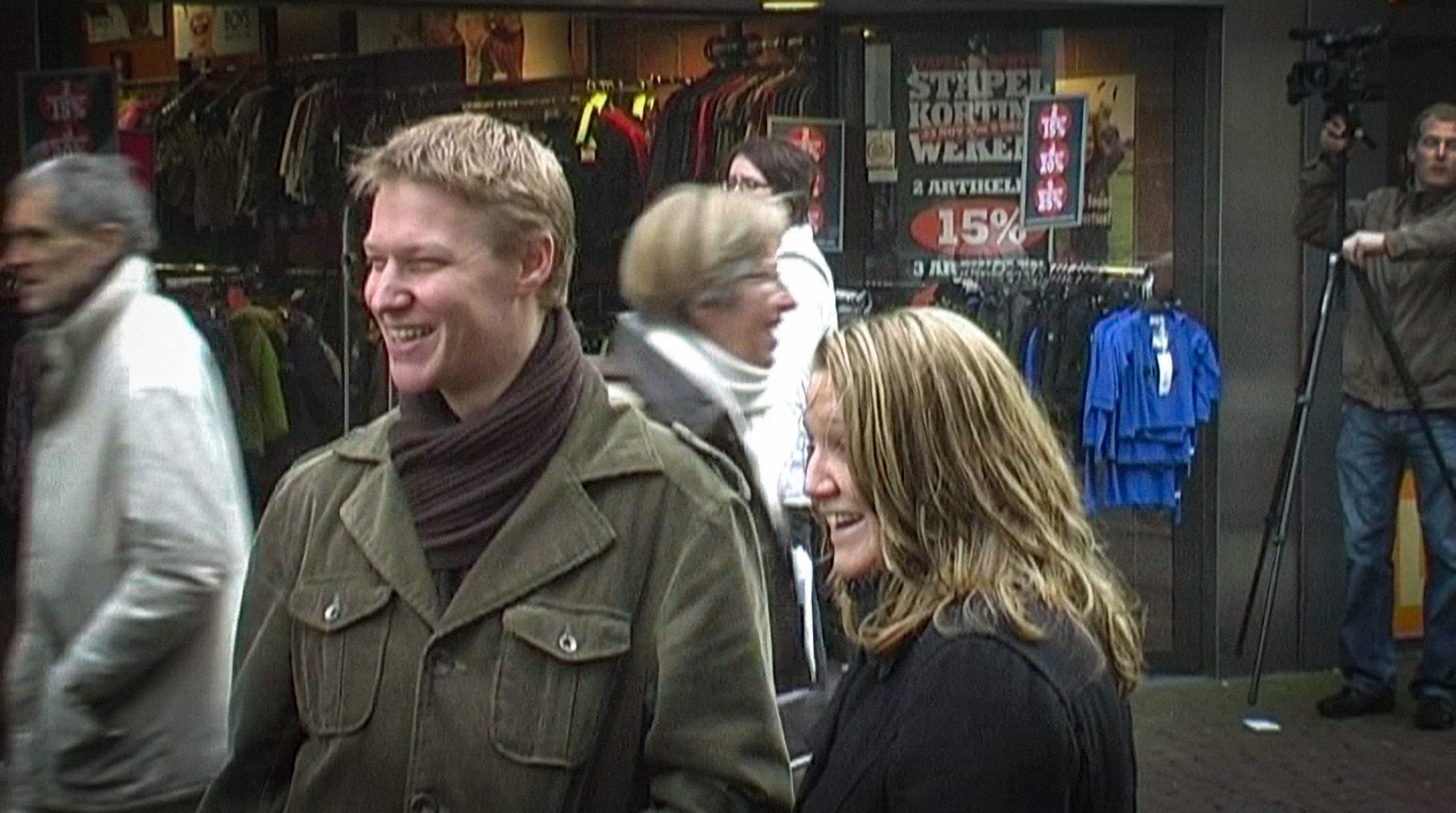 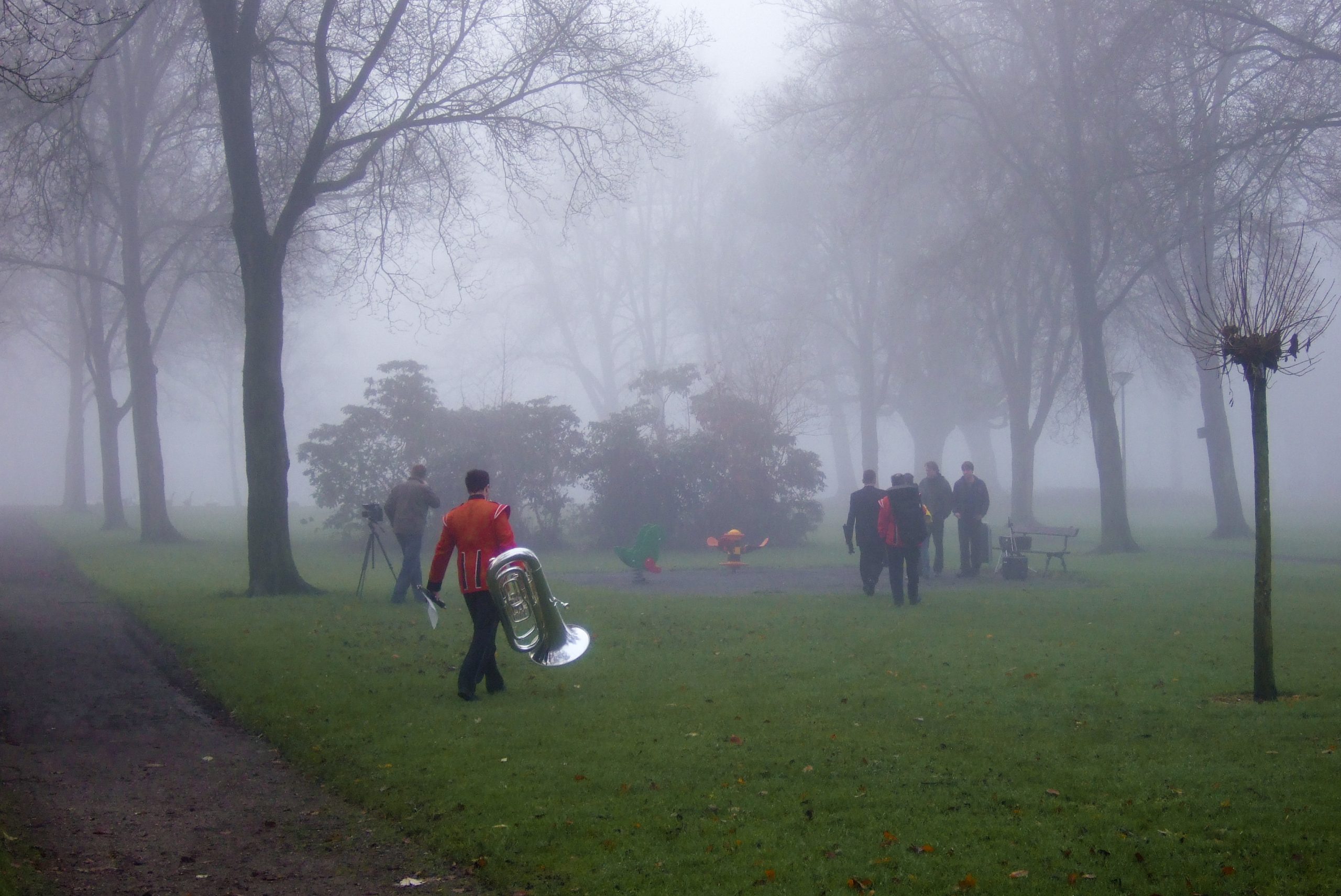 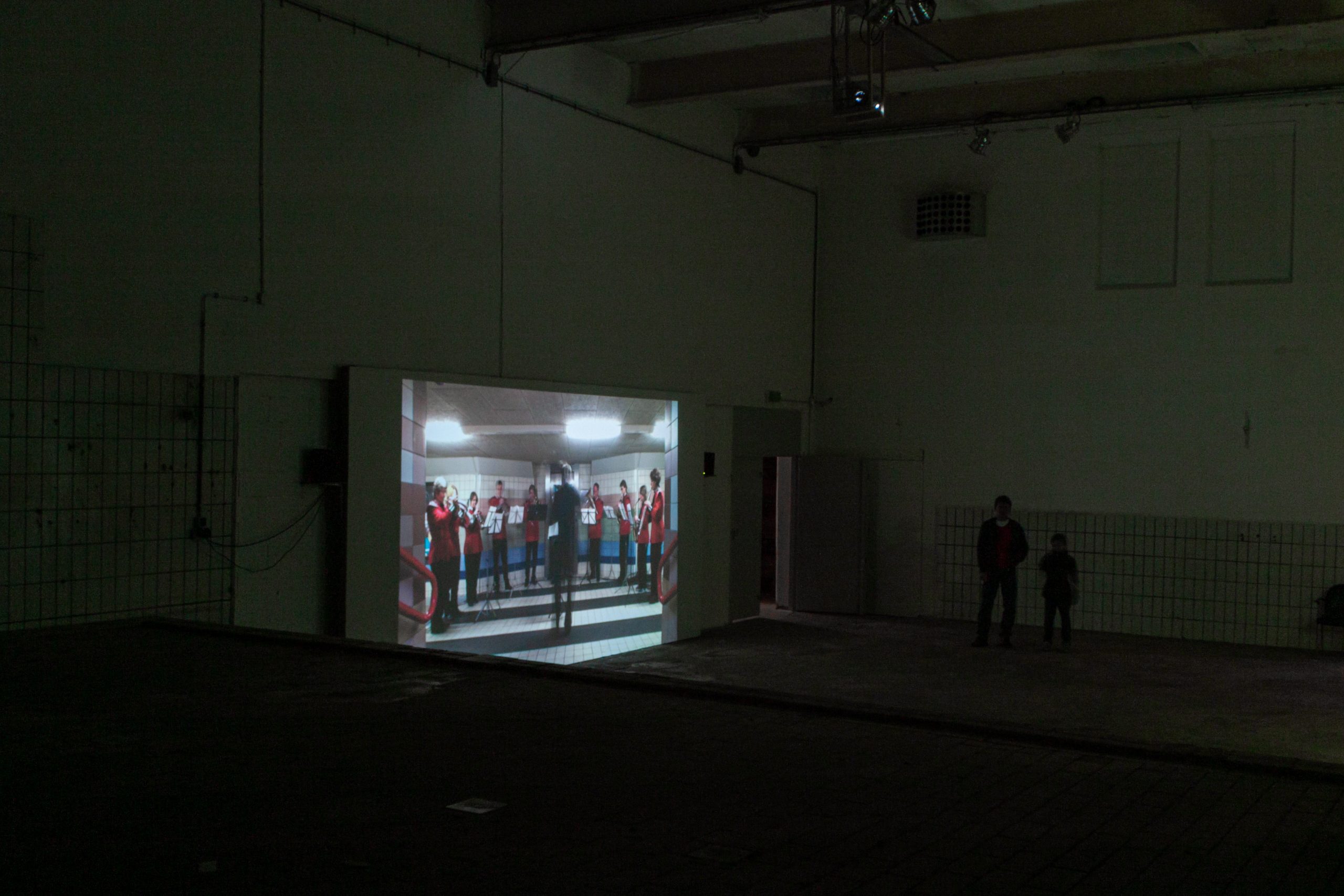 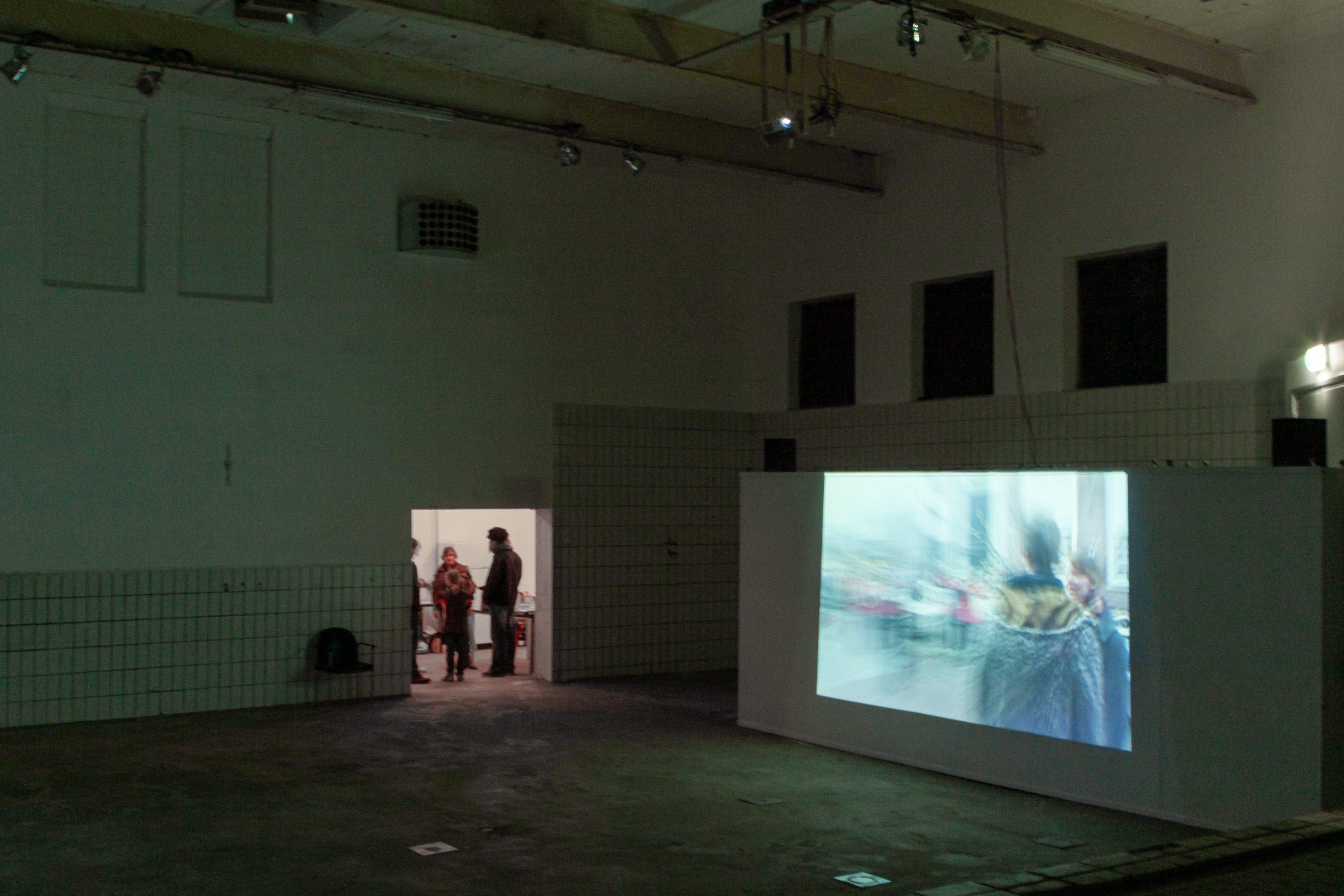 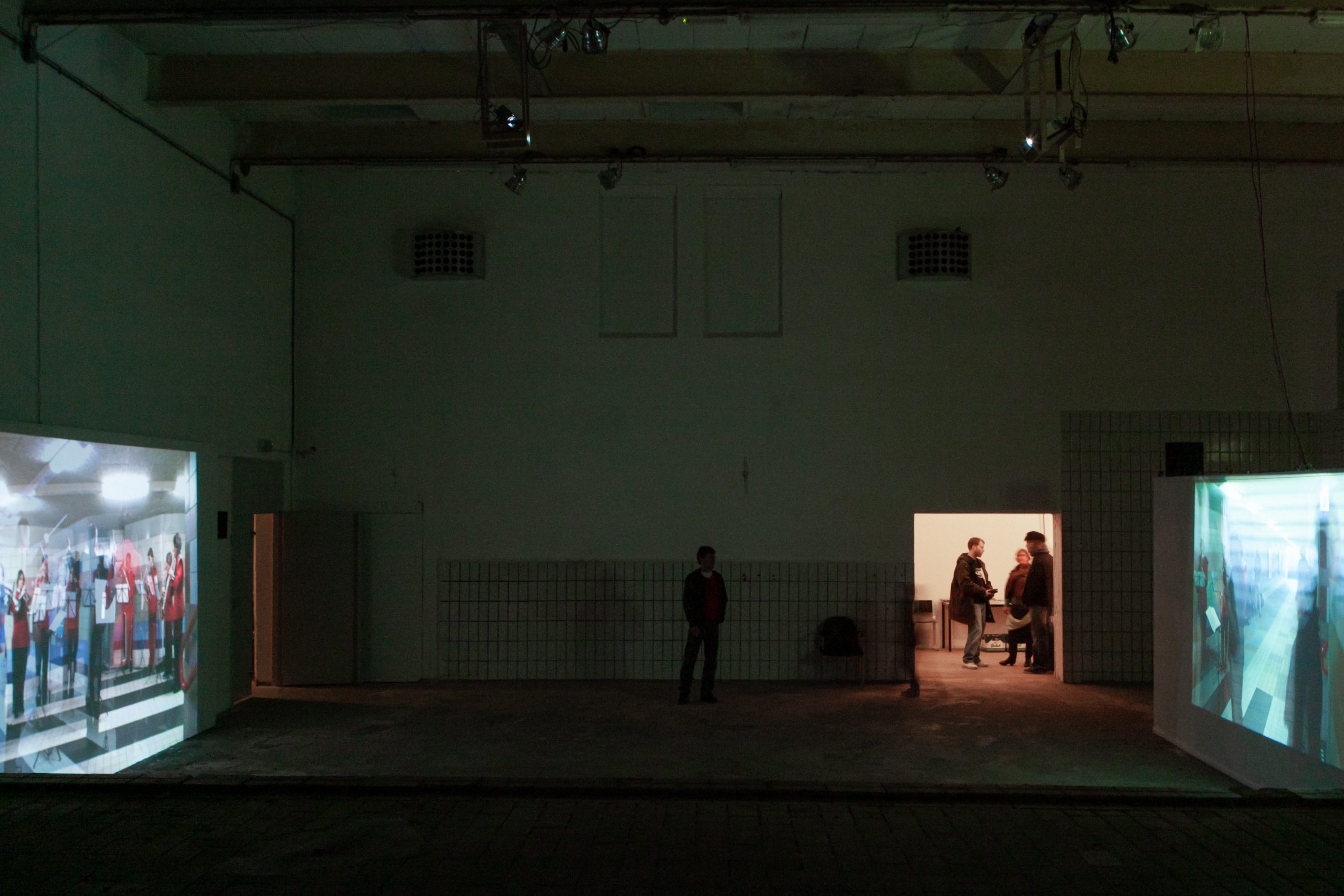